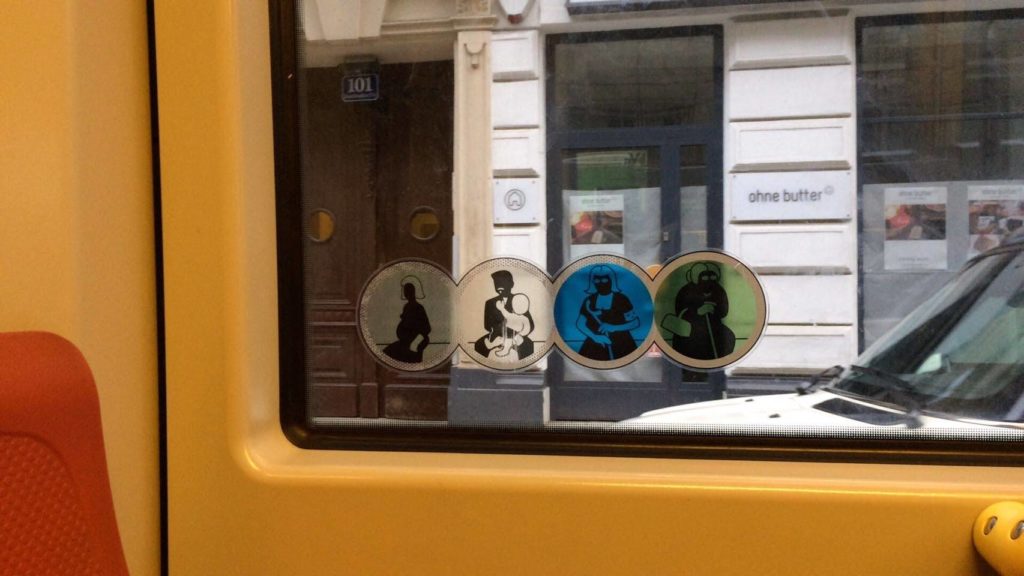 Interviewer: Kyoko
Interviewee: A person who are working for a NPO dealing with Japan’s refugee issues

1. Give us an introduction.

Hello, I’m in my 20’s, Japanese or Asian and a woman. I think I’m positive and I always tell
myself that everything will be fine even when it is not that okay haha, which helps me not
fall into the downward spiral. I’m also working for a NPO.

2. What brought you to the country(ies) that you have lived in?

I have travelled to various countries because I wanted to see particular architectures, my
mum or friends told me that they wanted to go to particular countries, or tickets were
cheaper haha. Though I guess this might overlap with the following questions, I was so
surprised that many dads were taking care of their kids and hanging out with them in
Vienna, Austria. I rarely saw mums taking their kids to parks there. I thought “this country is crazy and completely opposite to Japan!”. You know, when we are on trains, we see some
symbols like a pregnant woman, a woman with a small child or an elderly man over the
priority seats. And then, Austria’s priority seats certainly have the logo for parents with
small children, but a man with a small child is depicted there! I felt that this country makes changes in such small areas, which is the reason why it is surprisingly different from Japan. I was amazed that this kind of world actually exists, while I’ve never felt that way in other countries I’ve been to.

3. When did you get interested in gender issues in Japan and why?

To be honest, I got interested in gender issues in Japan quite recently. When Kyoko (one of
the F-Word’s members) shared her opinions on those issues, I felt like I’d never thought
about them that way. I don’t think I had ever met someone who is deeply thinking about
gender issues in Japan before I met her. Although I’m a woman in Japan, I wasn’t really a
person like her or other individuals who were concerned about those problems. Then, I
realised the possibilities that my ignorant, unconscious comments and behaviours might
have hurt them. Because of that, I got motivated to educate myself in and think about
gender issues. Actually, I’m not checking any gender-related news actively. However, I
watched a drama series called “the 13 Reason Why”, which allowed me to have a better
understanding of American school life, gender and sexual minorities. Ah…wait, one thing
that stuck in my mind is that there were movements in which some people intend to abolish
the train cars only for women. I couldn’t understand why they say those train cars are
useless, though I do believe that they are necessary. I also wondered why they can’t put
themselves into those women who are in need of those train cars.

4. What aspect of Japanese society surprised/shocked you the most in terms of
gender?

Again, Austria’s priority seat sticker was the most surprising, though I learnt that people in the UK neither put their face photos on their CVs nor write about their biological sex in their CVs. That was also shocking. Meanwhile, those were almost always required in Japan
despite the fact that some people discuss those issues. Perhaps, Western countries are
more progressive and willing to make changes than Japan. Frankly, I don’t worry about
circling women in my CVs, but I’m skeptical about the reason why we place our face photos
on our CVs and wonder what if employers choose us by our appearance. In fact, I asked my
university’s job-hunting advisers why I have to do that haha.

5. How do you deal with your difficulties and sufferings related to gender inequality?

Although I asked my university’s advisers why I need to put my face photo on my CVs, they
told me that “it’s because this is Japan, and you can submit your CVs without your photos if
you don’t mind failing to proceed further steps”. They also added that “this is a form to be
filled out so you just do it”. And then, I started thinking that it can’t be helped even though I didn’t think my concern was really resolved. Additionally, I believe advocates for gender free society are minorities in Japan, which makes it hard for them to always stick to those ideals while living here. That’s why I just accept whatever I have to follow by telling myself it can’t be helped instead of having specific ways to handle my mixed feelings.

–So, what if you try to accept things that look totally unreasonable, but you can’t help being troubled by that?

If I’m in trouble and getting frustrated quite a lot, then I’ll ask my friends including Kyoko,
saying: “I had this trouble, but what do you think?”. Now, I have a great community, which
is a seminar I took at university, so I’ll literally ask the peers for advice.

–Then, what kind of people can you share your uncomfortable experiences with?

Well, I do have criteria for that. I prefer to talk to those who have knowledge about social
issues or those who are quite cultured. For example, Kyoko thinks deeply about social
issues, while some women prefer to attend university to get a job and then get married to
be housewives. I’m sounding a bit rude…haha. I mean I don’t mind people who choose the
latter, but I don’t think I can learn anything new from them even if I told them my concerns.
It’d end like they say “I see, that’s what happened to you…”, you know? Conversely, I feel
like I can get different insights from people who have actively educated themselves or
verbalise what I actually feel uncomfortable with if it was for their help.

Though I’ve never thought I’m boyish, I’d had male friends before I got in the university, and I was often told that I’m saba-saba (open-hearted or straightforward). Looking back, I think that characteristics may be considered masculine. It’s hard to explain what saba-saba
means, but anyway I don’t have negative stereotypes of women like nagging, gossiping or
engaging in rivalry with other women. And that’s what makes people think that I’m more
boyish. As for feminine aspects, this is kind of a stereotypical female feature. Older women
tend to do anything including housework for their kids and husbands, and I also do the
similar thing to those who I care about. For instance, I often ask my bigger brother: “Do you have this?” or “did you do that?”, or when he’s sick, I’ll take care of him. I suppose this matches one of the feminine characteristics – being caring.

–What else have you heard people telling you about your traits that you don’t agree on?

This is not about masculinity or feminine at all. However, I’m often told that I’m Tennen
(clumsy but nice), and I’ve never thought about it. I have simply said and done whatever
comes to my mind.

–What do you think about the word “Tennen”?

I interpret Tennen as a genuine person, while I have never taken the word seriously. Despite
the fact that there may be some people who dislike being called Tennen, I don’t see the
word negatively but positively. I reckon this is because of my personality or just my
ignorance haha.

7. What is your concept of success in your job/studies?

My definition of success…umm…this is such a difficult question. I’ve tried to think about this from a NPO volunteer’s perspective, but I couldn’t come up with anything. Well, as an event organiser of the NPO, I hope our events go well. Particularly, I’m happy to hear that participants started to pay more attention to Japan’s refugee system. It’ll mean a lot to me if they do not just start thinking about Japan’s refugee issues but also taking action, such as attending other groups’ events, reading articles regarding the issues or keeping touch with refugees in Japan. That’s my success as a member of the NPO.

–How do you usually get to know that your events’ participants have taken action in the
area of Japan’s refugee issues?

Well, I usually notice that by seeing people who attend our event again and chatting with
them. When I talk to them, they say “Actually, I attend a different event on Japan’s refugee
issues” or “A refugee is now working at a company and doing well”. Or, if I’m personally
connected with participants on FB, I can see they are interested in refugee-related events.
Through those ways, I can learn that our events had an influence on them. I can’t know how
participants who attended our events only once are doing though.

–Now I remember I helped you to translate your event’s speaker notes into English.
However, later, you told me that the event didn’t go well apart from your part. I feel like you didn’t mean that you failed to incentivise the participants to care about refugee issues in Japan. So, what made you feel that the event wasn’t successful?

Yeah, it was because of the structure of the event. We didn’t really have meaningful
discussions, which is the most crucial factor to achieve our primary goal to allow
participants to learn refugees’ strong will or very different worldviews. For the event,
although we prepared some typical questions on the pandemic, we didn’t have further
questions that lead to productive discussions. That means we couldn’t provide an
opportunity for both sides to learn new perspectives in the event, and that’s why I told you
it didn’t go well.

–How would you like to improve your NPO as a volunteer member?

Just looking at our event organisation team, I think it’s essential to have good relationships with refugee members. We usually ask them to join our event planning process so that we can create events that they can be comfortable with. Nonetheless, we are struggling to have enough number of refugee participants for 5 or 6 groups in an event. Some refugees say they are interested in a particular event, but those who regularly attend our events are very limited. In spite of some members who inform refugee members of upcoming event information, those messages are likely to be disregarded because they do not necessarily get along with the refugee members but more like business relationships. In fact, some refugee members think that the staff members need their presence for their ends.
Therefore, I want to improve our communication with refugee members.

8. Do you have any significant mentors or influencers?

My mentors are staff members of my NPO. When I started to volunteer for the NPO, I just
attended meetings and made few comments. Naturally, I was wondering what I should do in
my mind. However, the staff members emailed me, saying: “How are you doing in the
NPO?” or “Our recent meetings’ topics had been already decided before you joined so it
must be difficult to catch up. I’m sorry for not helping you enough”. Then, I realised that the persons was actually caring about me. Miraculously, whenever I have mixed feelings on my
work for the NPO, I get that kind of mail from the staff members.

9. What are you planning to do in the future?