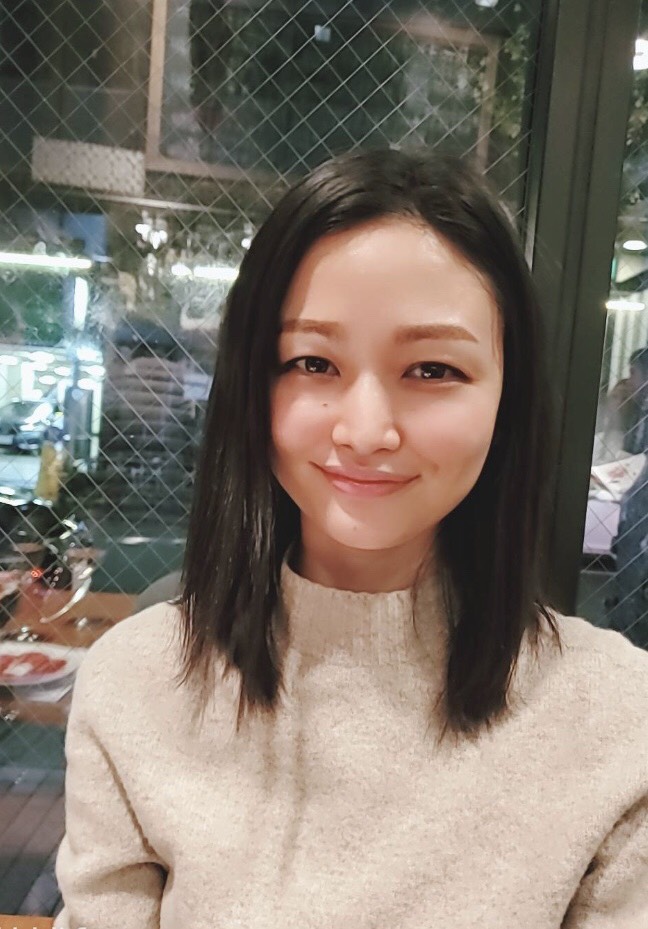 1. please introduce yourself briefly. Name, DOB, race/ethnicity, gender, how long you have lived in Japan, etc.
My father is Japanese American, so I think I grew up in a slightly different environment than the average Japanese. I’ve had the experience of living in many different places. I am currently working at a global cosmetics company, and I believe that cosmetics can be a tool for women to take care of themselves, so I would like to work at a company with the concept of creating a women-friendly society.

2. what made you decide to live in Japan or abroad?
I was born in the U.S. because my father is Japanese American. Later, my parents thought it would be better to raise their children in Japan, so we came back to Japan. But in the end, I decided that I wanted to study at an American university, so I went to the United States. I worked in Japan for a long time after returning to Japan, but my husband wanted to go back to college in the U.S., so we lived there for another two years, and now we are back in Tokyo.

3. what was the most surprising or shocking thing about Japanese society in terms of gender?
When I first started working in Japan after returning to Japan from college in the U.S., I worked for an IT consulting company, and I was surprised to learn that there were differences in treatment between men and women on a daily basis that were not seen in the U.S., and that this was acceptable in Japanese society.

-What do you mean by that, exactly?
I was shocked to learn that you have to do things like sit next to an important person at a drinking party, or serve drinks, as a matter of course, as a young woman’s role.

-Did you feel uncomfortable about that? Or are you simply surprised?
I was simply surprised. I was surprised and uncomfortable for a long time, but I probably didn’t realize what it was until I was about 30 years old. It wasn’t until much later that I realized that women were being treated differently from men. I just had a great sense of discomfort. I was thinking, “Why do I have to do this?”

-Did you respond to the event or complain about it at the time?
Hmmm, I didn’t. I thought it was something I had to do.

-So what made you realize in your thirties that that wasn’t right?
Maybe society itself is changing, and it’s starting to address the fact that women are still not equal, and that’s what led me to reflect on my own experience and see women younger than me being treated the same way, and I felt this is wrong.

4. how do you deal with difficulties and struggles related to gender inequality?
The world is changing little by little, and yet I sometimes come across things that are disrespectful to women. Especially for people who are older than me, it’s still natural for them that women to be different from men, and I find it difficult to say “no” to their disrespectful attitudes.

-Do you have someone you can talk to or a way to deal with such situations?
I try not to deny their values, but I try not to pander to it. But there are times when I really want to say something back, so that’s a conflict I have to deal with, I guess. There are times when I tell people that “it’s not good to make people uncomfortable”, in a casual way, but it’s not easy. But my friends are all experienced in the same way that women are viewed, so I think it’s good for me to have people around me who are sympathetic to my experience.

5. do you have a very important mentor or influential person in your life?
There are several of them. The two that come to mind are my mother and my aunt. They are both doing what they want to do, and they aren’t that vocal about women’s rights or anything like that, but they focus on what they want to do and live their lives the way they want to live, shutting out the voices around them. Perhaps because they have experienced so much pain, they have a great understanding of other people, and they don’t judge others based on their appearance.

6. do you consider yourself a feminist?
I think so. Now that I’m in my mid-thirties, I’ve become more aware of what it is that I think is not equal for women, and I have a feeling inside me that it’s no good. I say “no” to these things in the places where I can speak out, and I am conscious in my work and in my life that I want to make society a better place for women, and I think that’s how I think about being a feminist.

7. What is your definition of success?
One is to be able to live a life where I can be happy with my own values, regardless of what is going on around me. The second is to create an environment where women can be more active in their work and in the people they interact with in their lives. It doesn’t matter how small the change is, if I can feel that I’ve made a difference, then I’ll be able to say that I’ve succeeded. I’d like to continue to participate in volunteer work at the company and in the F-Word, to the extent that I can.

-Do you have any specific plans to make those changes?
In my current job, I take care of salespeople, almost all of whom are women, so I think what I can do now is to talk to them about their lives so that they can live more comfortably with their own opinions and to tell them that “it’s okay to be the way you are”, so that I can communicate with them on a daily basis when I interact with people.

8. which aspect of you is relatively masculine? Also, which aspects of you are relatively feminine?
It’s hard to define “masculine and feminine”… I know it’s a narrow concept when you talk about it by default, but I think I’m feminine in the first place. From the outside, I look and talk softly, and I think that’s what I am, and I think people will think I’m feminine. But surprisingly, I also have a masculine side to me, and I think quite rationally… but when I say this, I’m like, “Aren’t women supposed to be rational?”…this question is difficult. Stereotypically, I think of it as masculine and rationalistic (laughs), I have my own choices, and I don’t have to consult with anyone to decide for myself…is that masculine? I know it’s a bit stereotypical, but I wish I could be neutral.

9. what are your plans for the future? Your plans and your hopes for society.
My hope for society is clear. I’ve been thinking about it ever since I started working as a new graduate, but I feel that women in Japan in particular have had to endure a lot of things and live in denial, and I think there are parts of the world where women are just as much tied down as men are, and men are just as tied down. I think it would be great if the society as a whole could live more freely without being bound by rigid ideas, and that would make women feel better. If there are more women who are confident in themselves, there will be more opportunities for women to play an active role in society. I think that’s what I want to see happen in our society. It’s difficult to make a plan for myself, but recently, as I’ve gotten older, I’ve become more stubborn in my thinking, or I’ve become obsessed with certain ideas or things, so I want to continue to be a person who can think as flexibly as possible, no matter how old I am. I think one of my goals is to be able to listen to other people’s opinions, to know that I am ignorant, and to be able to think like that for the rest of my life.