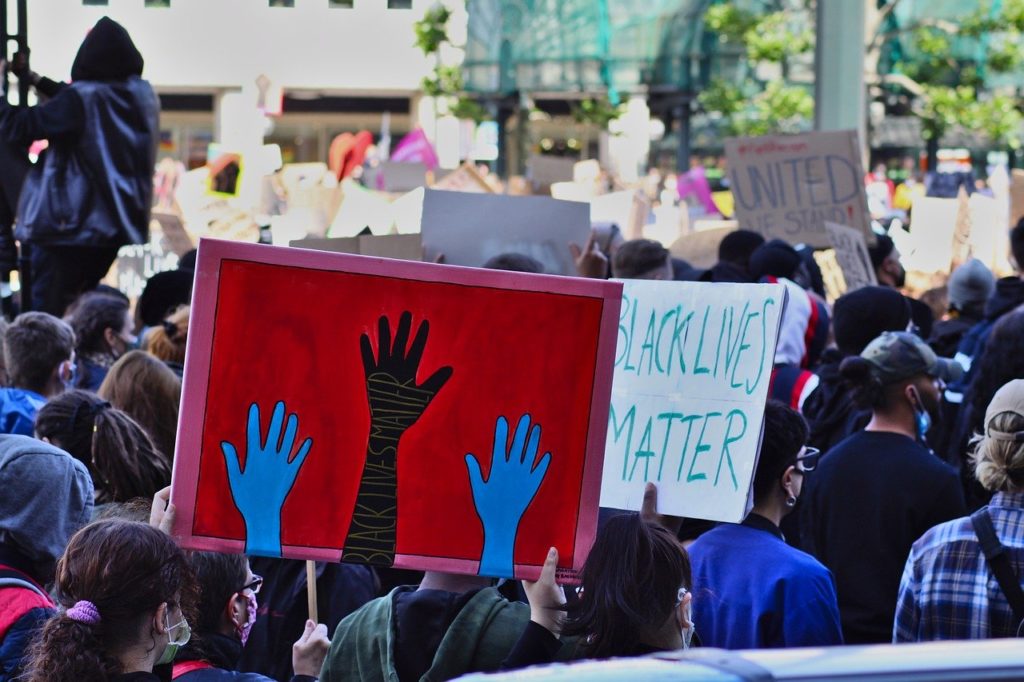 Tennis player Naomi Osaka’s series of protests for the Black Lives Matter (BLM) has attracted a lot of attention.
She has announced that she will be dropping out of the tournament following the shooting of a black man by a police officer. The strike was intended to bring a little bit of controversy about racial issues in the white-centric sport of tennis by not participating in the event.

In response to her decision, the tournament decided to postpone the event by one day, which allowed Naomi Osaka to play in the tournament.
She also prepared seven masks, each emblazoned with the names of the black victims of the event, with the intention of wearing them all if she made it to the finals, and she ended up wearing them all.
Could anything be this cool, I thought when I saw the news.

【Why the criticism? 】
However, on social media, she has been criticized for her actions. The criticism is misguided, such as “athletes shouldn’t talk about politics” or “there is no such thing a racism in Japan”.
When Carry-pamyu-pamyu criticized the extension of the retirement age for public prosecutors, she was also criticized on social networking sites for being a singer, but not for sending out messages that she didn’t even know existed.
Why can’t sportsmen and singers talk about politics?

What’s the problem with speaking out about something that interests you in spite of your ignorance? Unless, of course, the statement is hate or defamatory of others. But there is no need for others to crack down on what you believe at all. Besides, if you think you were wrong, or if you change your opinion or belief, you can simply retract it.
If each statement had to be based on perfect evidence, we would live in a world where only few people would speak up.

【Images to the young woman】
For some reason, her actions have attracted criticism in part because of the words and actions of “young women”.
Kei Nishikori, another tennis player, is one of those who have been protesting against the BLM, though not as much as Naomi Osaka.
He participated in Black Out Tuesday as a protest against the murder of George Floyd, and also posted an all-black image on his Instagram.
With the same idea, there is no indication that any criticism has been sparked against him for his actions.
Some of the criticisms of Naomi Osaka, such as “her boyfriend must have been a bad influence on her,” suggest that it must have been someone else’s influence for a young woman to be independent and take political action. Isn’t that a transient fashion? Perhaps there is a bias to this.

In a commercial for its sponsor, Nissin, the message accompanying the black and white photo of Naomi Osaka was “I want to go to Harajuku.” That was the message.
According to Nissin, they wanted to portray Naomi Osaka as a normal girl, but I wonder if the company preferred the image of a girl who wants to go to Harajuku rather than a tennis player who raises her voice against racial discrimination.
First of all, I felt that both the total disregard for BLM and the shallow image of girls saying they want to go to Harajuku are cute are disappointing commercials.

The reason I studied up on gender and feminism to speak up for myself was probably because of the social pressure I felt when I didn’t know any better. But the people who should be “speaking up” are the people who are oppressed or in a vulnerable position, and telling them not to speak up if they don’t know better is completely absurd.
I feel that we should be more accepting of people who can speak up for themselves or someone else without knowing anything about it.