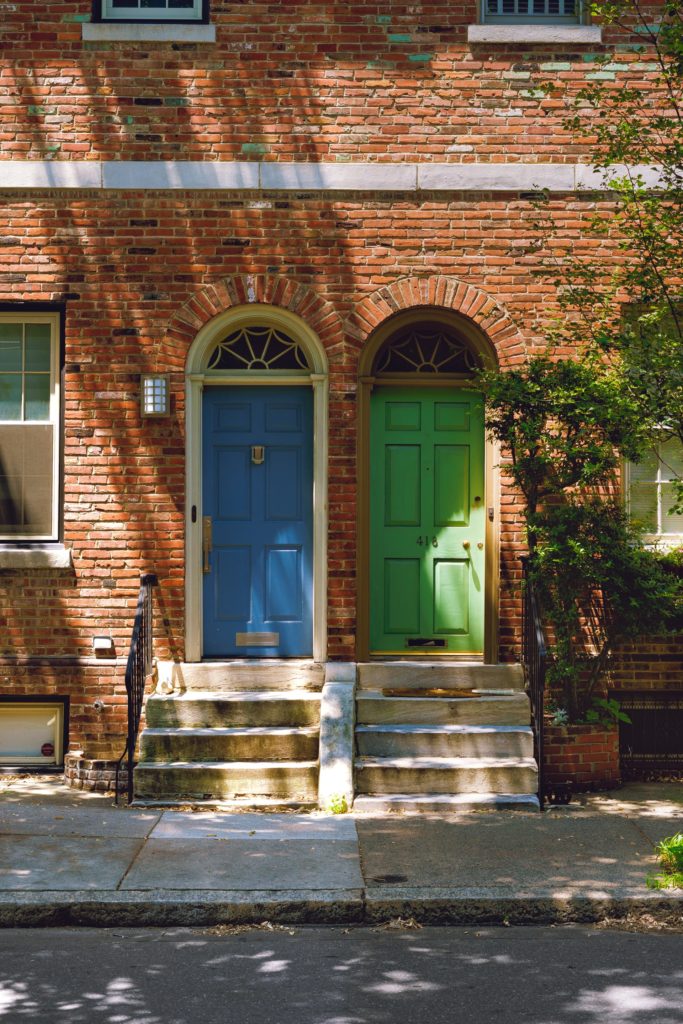 I’ve lived in a city called Philadelphia for about five years. It’s the largest city in eastern Pennsylvania and the founding place of the United States.
Before moving to Philadelphia, I had lived in the small rural town of Lewiston, Idaho, and the college town of Northampton, Massachusetts, but I think it was such a different experience living in the United States that it made me realize how different the culture is from one region to another.

The first thing you need to do to start your life in America is to find a place to live.
When I studied abroad as an undergraduate student, I lived with a host family or in a dormitory, but the graduate school is a long term program and I wanted to rent an apartment in the United States.

It may be that those who have money to spare may be able to gain the trust of the landlord by going there and looking around, but in my case, it was difficult to find an apartment while I was in Japan.

Many students rent a house with a friend or share an apartment with a stranger.
Because it was a relatively large city, I decided to look for a shared apartment, as it would cost nearly $1000 to live alone in a safe neighborhood.
When I was researching how to find an apartment that didn’t involve a real estate agency, a friend told me about Craigslist, a page where people can exchange information and buy and sell things in different areas.
I think it’s like a Japanese equivalent of a zimotee, where you select your budget, area, etc., and look for apartments that are available.

【The barrier of being a foreigner】
It was easy to find lots of nice apartments. Considering I was living on my own in Tokyo, I was excited just to look at pictures of the many nice properties I could find, with large enough bedrooms and big kitchens to share.
But here’s the thing.

You sign a lease contract directly with the landlord or a person looking for a share house, but it’s incredibly difficult to get people to trust you since you don’t know each other. If you are a foreigner living in Japan, it is even more difficult to get people to trust you.
Normally, you should be able to gain trust by going to see the place in person, getting to know the person and giving them a deposit, but even if you get a mail from a foreigner you don’t know, most landlords don’t reply to you.

It’s quite heartbreaking to receive no reply to dozens of e-mails from various places. Just when I was beginning to think that I should give up and live in the university’s dormitory, I received one reply.
My landlord had checked my Facebook page and had seen me studying abroad at an American women’s college that she had been attending and trusted me.
It’s a small liberal arts college, but it was a pioneer in women’s education at a time when women couldn’t get into the Ivy League, and maybe it was also a big part of the fact that the college valued sisterhood.

Anyway, I remember being delighted to finally get a response and being very nervous to Skype with her once she wanted to talk to me on Skype.

【Until I saw my room】
I was relieved to see her, talk to her, and be told that I could live there, but all I knew was the address.
Over the next month or so, I looked up the address on Google Maps and saw pictures of the building many times before I left for the United States.
My flight was scheduled to arrive at night, and I was worried about whether the house was really there, whether the room looked like the picture, and whether I had signed the lease.
Lucky for me, the house I found was a nice old townhouse but quaint, and my landlord had done a great job of decorating it.
The roommate I would be living with was a very interesting woman from Finland who I hadn’t spoken to before arriving and we quickly became friends.
Anyway, I remember going to sleep, relieved to find a decent home there.

Even in Japan, when I talk to my foreign friends, they often tell me that renting a house is a challenge.
It seems that people feel uneasy when they encounter something unfamiliar or different. I think it is natural to have anxiety to rent a place for someone you never met. However, through my own experience, I felt that the actions of the people living in the country overcoming their fears and coming to know each other are a very reassuring and gratifying experience for foreigners living abroad.