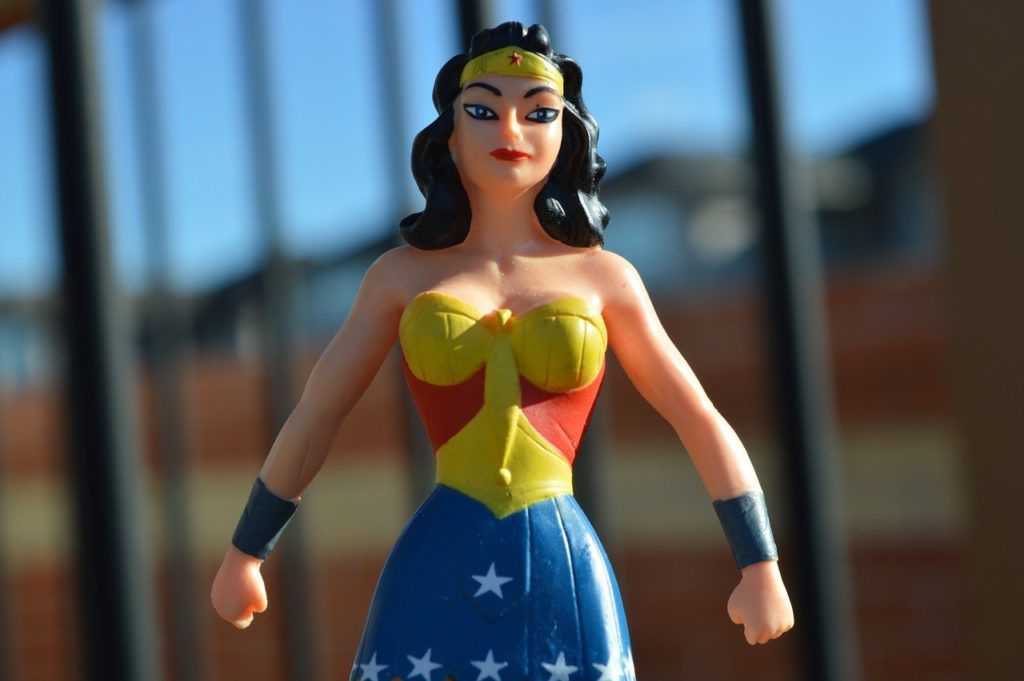 Wonder Woman 1984 was recently released, and I heard a lot of talk about it, so I decided to go and see the film. I had the opportunity to see the movie in IMAX, which isn’t something I’ve often had the opportunity to do. I really enjoyed the visuals and sounds of the IMAX experience, but the film itself was not entirely what I expected.

If I’m being completely honest, I had never got the chance to see the first Wonder Woman Film, so I came into the theatre not knowing much about the film. I had heard the director was female, and was the same woman who had directed the film ‘Monster’, Patty Jenkins. From this, I thought that I could pretty reasonably expect that the movie would have a message of female empowerment, and take a critical look at the structure of society, as well as be entertaining along the way.

What I got from the film was a bit different. The basic story of the film as I understood it was that Wonder Woman, named Diana, is from a woman-only tribe not unlike the Amazons of Greek mythology. Diana has super powers and fights to correct the evils of the world, and for justice. Of course I find it empowering that the main character is strong and beautiful, as well as being a cool character besides. However, I was a little disappointed that there really was not much more of a message than that, and I was disappointed to see that the jealously of another woman (Barbara) played such a large role in the film.

[Tolerating Lookism]
One of the more disappointing aspects of the movie was its tolerance of lookism. The character Barbara, is the most obvious example of this. When she is introduced, Barbara is a scholar working at the Smithsonian, and is portrayed as a plain and unrefined woman who cannot even wear heels. She admires Diana, who is her colleague, and wants very much to become a strong woman like her. When Barbara gets a sort of “wish-fulfillment stone” she wishes to become like Diana, which leads to her becoming more beautiful and strong, as well as more popular with men.

There are a couple of problems I see with this storyline. First of all, Barbara has a doctorate, lots of expertise, and works at the world-famous Smithsonian, but seems to completely lack self-affirmation because she lacks in looks and social skills. Her motivations and character lack depth. Furthermore, when her wish is granted and Barbara becomes “beautiful”, a man at a party she goes to is struck by the change and immediately hits on her, and recommends some kind of supplement saying something like “At your age, you should take something like that. It’s important to stay young”, and she agreed with him. The ‘strength’ of wanting to be like Diana doesn’t include the strength to push away others’ criticism of her looks or her age, and I was disappointed in the way that it was portrayed. It was as if the film was saying that those who are protected by such superficial things are strong because of it.

One of the more disappointing aspects was the literal ‘catfight’ (as Barbara’s powers make her like a leopard) that Barbara and Diana have at the end of the film. This fight was cliché even in terms of catfights, the reasoning behind it not amounting to much more than “women who cannot understand each other”. In particular, at the end of the film the man who is trying to rule the world with the wish-granting stone is willing to give up his wish for his own child with Diana’s convincing, but Barbara refuses to give up her wish until the bitter end. What happens to her afterward is never explained, and Barbara’s character is left mostly unexplored. I personally thought that the story would have been a lot more interesting if Barbara’s character has been handled more carefully, and we had a better idea of who she was.

Writing about it like this might make you think that it was a bad movie because of my many criticisms, but I actually enjoyed it quite a bit. I’m not a big fan of superhero movies. For me, superhero movies are hard to relate to because I don’t feel any sympathy for them when they show massive battle scenes in unbelievable situations with silly costumes, but this movie was a little different. It didn’t focus so much on battles, but also depicted Diana’s psychology and the state of society, poking fun or being critical here and there. This was especially visible with the not-so-subtle Trump satire in the film, and I had fun noticing the parallels.

So in the end, if you have the time to spare, go and watch this movie and see how you would feel about it.