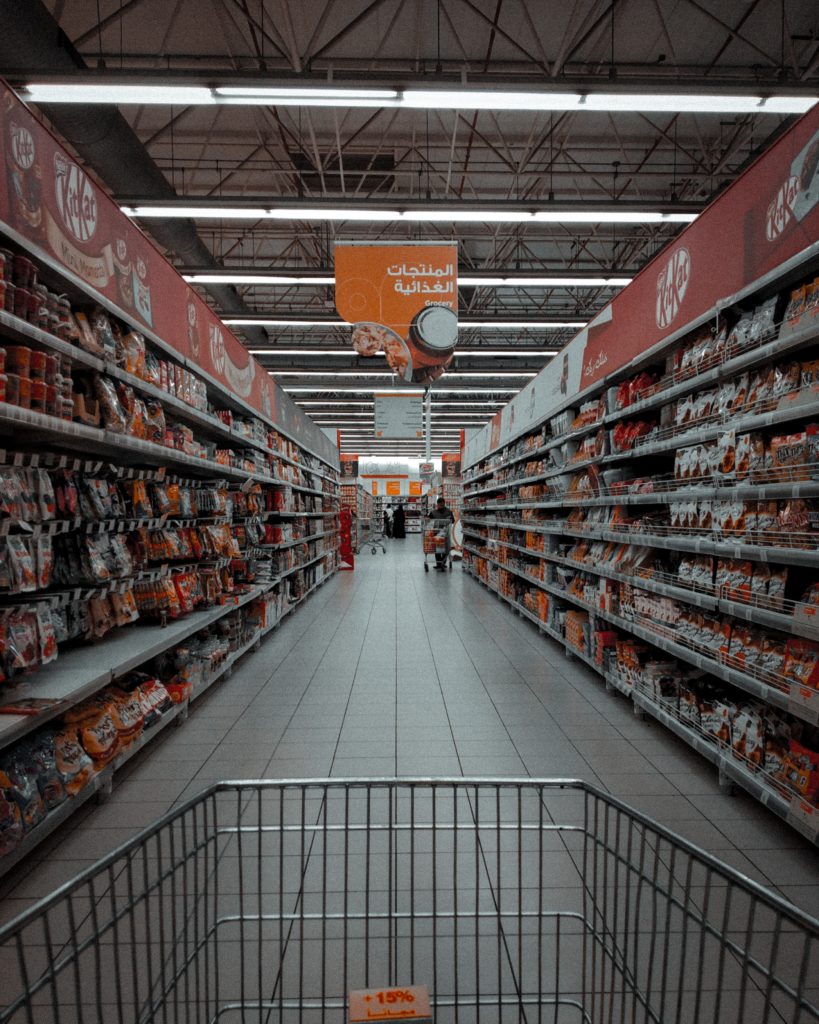 Whenever I travel abroad, I like to go to local supermarkets. I think many people enjoy trying out new foods and drinks and buying souvenirs. When I first started living in Philadelphia, the first place I went was to the supermarket.
As I was starting my life as a student with no money, I had to cook for myself, so I went out to find the necessary ingredients. Since I rented a house in the center of the city called Center City, there were supermarkets conveniently located within a 10-minute walk.

Whole Foods is an organic supermarket for the wealthy, focusing on high-end, healthy food, while Super Fresh Food is a supermarket like SEIYU in Japan, where you can find everything you need for average price. For example, if you went to buy food for dinner, you could buy a small amount of vegetables, meat, and pasta at Super Fresh Food for about ten dollars, but at Whole Foods, the price would be over twenty dollars.

Further south from South Street, there is a famous market called the Italian Market, which was featured in the movie Rocky.
It was a great market for students because it was a place where you could get very cheap vegetables that would soon go bad if not consumed in a few days. I don’t remember exactly, but there were days when I could buy a basket of spinach or lettuce (not fresh) for a dollar, and I often made stewed vegetables that would last for a long time by buying them in heaps for less than ten dollars.

This kind of stratification of the market is not something I have seen in Japan, and I remember being surprised. Of course, there are high-end supermarkets such as Seijo Ishii and Kinokuniya in Japan as well, but I don’t think there is that much stratification in such large supermarkets where everything is available.

In this respect, I was surprised to see that the economic disparity in the U.S. exists at the level of daily life. Fresh, pesticide-free vegetables are very expensive and not something that a student can afford on a daily basis. On the other hand, pizzas and hotdogs are sold at food trucks for a dollar or two, and you can fill your stomach at a low price. When I think about it, I realize how wealthy people are when they eat fresh smoothies and fresh salads for lunch, as seen in movies and TV dramas.

Furthermore, I think that a certain type of education (nutrition education) is necessary to enjoy a “healthy diet”. For example, if a person lives a life of eating only fast food and frozen foods from childhood, he or she will grow up without knowing how to prepare healthy meals. If these people are well-off, they can buy healthy food that is prepared, but if they are living a life that they cannot afford, they will not know how to “cook cheap food in a healthy way” and will continue to live an unhealthy life.

I myself used to cook Japanese food with cheap vegetables out of concern for my health, even though I was indebted to pizza and hotdogs for their easy convenience. However, I was only able to do so because “choosing ingredients, cooking, and maintaining a healthy state” happened to be a part of my family growing up, and it made me realize that there are many people who find it difficult to do so. It made me think about how discourses such as “obesity is a sign of lack of self-control” are the arguments of people who are blessed with a good environment. As I walked around the supermarket, I could not help but think about the problems of unhealthiness and obesity in American society and the economic disparity.