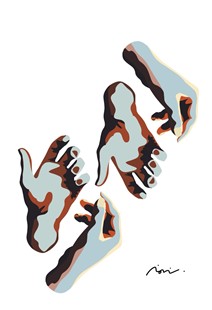 1. Give us an introduction.
Name: Iori Kikuchi
DOB: 3 June 1998
Race/Ethnicity: Japanese
Gender: Woman
I’ve lived in Japan for 21 years, and I’ve also lived in the US for a year.

2. What brought you to the US?
To study at university

3. When did you get interested in gender issues in Japan, and why?
I like learning about history, particularly the end of the Edo period and the Meiji Restoration, which made me realise the issue of gender in Japan. I find women who survived that period of time inspiring. I respect those who kept the faith and survived the male-dominated society.

4. What aspect of Japanese society surprised/shocked you the most in terms of gender?
I don’t have any memory of being shocked about gender in Japan, but I often wonder why it is. Although who loves whom or what gender they want to live as completely depends on themselves, those are not welcomed in society. Let’s say you are physically male but psychologically female, and you love to wear a skirt and enjoy fashion. Some people might get shocked or disgusted by you with that attire, when you enter a male restroom. In this kind of circumstance, I feel it can’t be helped. Those who got shocked or disgusted might not necessarily have reacted so with bad intentions. Even if there is a person yelling at you for your fashion taste, I just think it’s difficult for her/him to understand you.

5. How do you deal with your difficulties and sufferings related to gender inequality?
Struggle…well I don’t think I have any. Maybe I just don’t worry about it. I am who I am. My company understands that I tend to take dayoffs because of my severe periods. I don’t put myself in an environment that does not understand me. I choose environments for myself.

However, when it comes to romance, we have the idea of a male brain and a female brain so I don’t know. Is it feminine being financially dependent on partners? I found it completely acceptable that men think that way, or women become financially independent. So, this question is difficult to answer.

Also, is it motherhood desiring to have children? Is it feminine?? Again this is difficult. The bottom line is that I don’t think about such things.

7. What is your concept of success in your job/studies?
When we achieve our goals, we are successful. If we didn’t get expected results, that means we failed. But, it can be a success to think about your life seriously and sacrifice time and energy for your objectives. That said, isn’t it a success when you are seeking happiness despite lots of worries.

Success…I don’t really care. It matters whether we are happy or not more when you are existing.

8. Are you a feminist?
I believe I’m a feminist because I don’t interact with people based on their gender, race/ethnicity or worldviews. (Though, I’m not sure of the exact criteria for being a feminist, which some of my characteristics might not fit.)

9. Do you have any significant mentors or influencers?
I have many. For literature, I love the words of Yosano Akiko and Yoshida Shoin. I enjoy reading a book called “Big Magic” as well. I also sympathise with An-san’s thoughts, who is an actress and model. Her essays are my favourites.

10. What are you planning to do in the future?
a. In terms of your job
I will make a living by drawing and painting. What is more, if I can spend time with my loved ones, I would be happier.

b. In terms of your commitment to society
I don’t want a society where people feel like there is nothing else, and they give up hoping. Everyone is, in the end, others to each other, which is why I don’t want them to misunderstand the meaning of freedom. I would like them to appreciate love. Even if we have natural disasters and viruses that can’t be prevented again, we should support one another. Hmm..obviously we need a world where there is no war, and people can express themselves without fear.

Iori Kikuchi
Born in Tokyo in 1998. Artist raised in Shonan. Exposed to Claude Monet’s artworks since her childhood. Started painting from the age of three. Studied abroad in Paris to learn art. Studied at State University of New York at Purchase in 2017. Received the BA in Art degree programme at Temple University Japan in 2018. Selected for the 100 Illustrators in the group exhibition held by Gallery ROCKET based in Omote-sando in the same year. Granted to the first prize in “TURNER AWARD 2018” in 2019. Designing official goods for Anna Takeuchi. Assisting a graphic designer and professor at TUJ, Ian Lynam, as a designer and translator. Creating art in a wide range of expression modes.