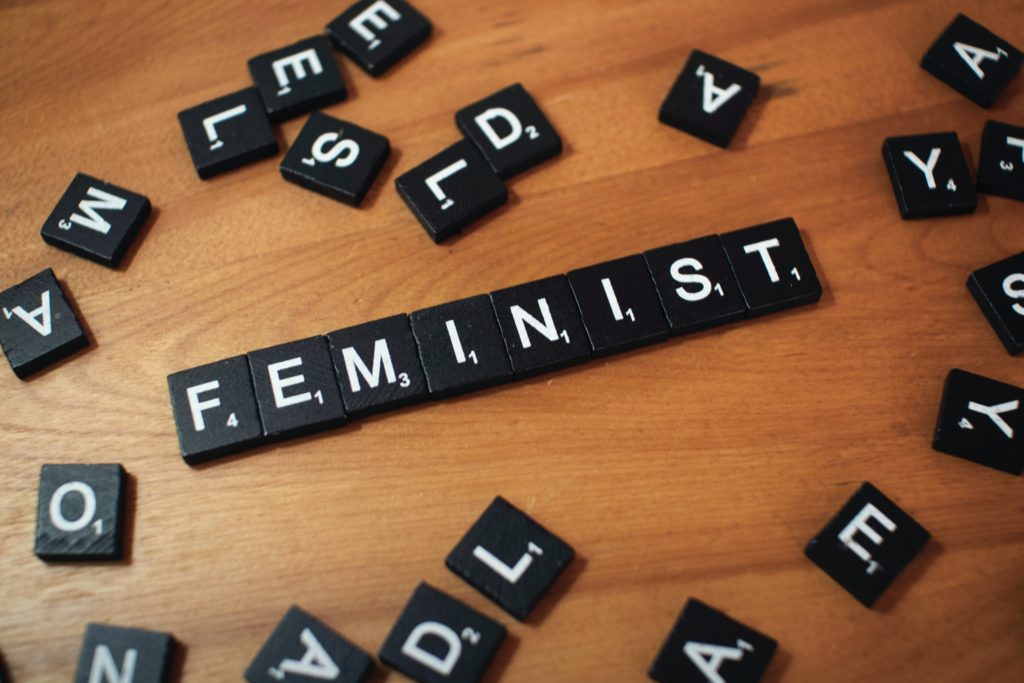 I still remember it well, but I was asked the same question once and I was confused.

When I quit my job in 2012 and took the entrance exam to go to a doctoral program, I was asked the question in an oral exam.
I took the exam because I felt uncomfortable about living as a woman while working at the company and wanted to study women’s studies and gender. In response to the “offensive” discriminatory remarks against women made by my colleagues and superiors and the male-oriented rules of society, I decided to take the exam because I felt I needed more knowledge to combat these unreasonable behaviors.

Despite this, I strongly remember not being able to answer “Yes.” to the question “Are you a feminist?” asked on the oral exam.

Why did I hesitate to answer “Yes,” when I should have been able to say “Yes” with confidence now?

[Being a feminist sounds strong?]
The biggest reason for this would be the failure to define what a feminist is. ‘Are you in favor of a society where all people, not just men and women, can live fairly and equally?’ If you had asked me, I would have said yes. But at the time, I had never met anyone who called themselves a feminist, and I didn’t really understand what feminism was about. I remember adding the pillow word “I’m not like that, but…” because I was under the impression that “feminist” was a generic term for strong people who were fighting an amazing battle.

Later, as I studied, I learned that a radical image of feminists, such as “man-hating, ugly female hysteria,” had been planted against feminists, and I learned that so many women responded with “I am not a feminist, but,,,”

In my case, I think I somehow felt that calling myself a feminist was less about “I don’t want to call myself a feminist because I’m radical” and more about “I don’t do enough to call myself one.”
The awareness that to call yourself a “feminist” you have to be knowledgeable, or do research, or be active, still feels to me like someone who is trying to be hard to answer.
But if you think it’s normal for women to not be oppressed, then you’re feminist enough, and I hope you don’t hesitate to call yourself that.

[Categorizing yourself]
Another thing: In my twenties, I was unusually uncomfortable with the idea of being put into any kind of category. It was because I felt very uncomfortable being put into categories like “conservative girl” or ” domestic” or “career woman” and being talked about.
I still don’t like those gender-conscious categorizations, but I realized when I started studying that there’s a huge difference between that and calling yourself a feminist.

Words like “misogyny” and “homosocial” seem to be becoming much more common, but when I first encountered terms like “patriarchy” and “Marxist feminism,” my reading didn’t progress at all, and I felt sad that I couldn’t understand so much in Japanese.
It is unlikely that I will ever need to master all of these words unless I live to be a researcher. However, it is very clear and easy for those with common knowledge to be able to explain a phenomenon with a social and historical background by simply using these words.

However, unfortunately, I feel that the word “feminist” itself is still surprisingly little known to most people. That’s why some people feel that they don’t know or don’t understand the word, and that it’s not enough for them to call themselves feminists.
The idea of feminism goes very well with the idea of a society where people are not discriminated against, regardless of gender. I hope that the idea that “feminism” isn’t scary or difficult to understand, even if just a little bit, will spread.