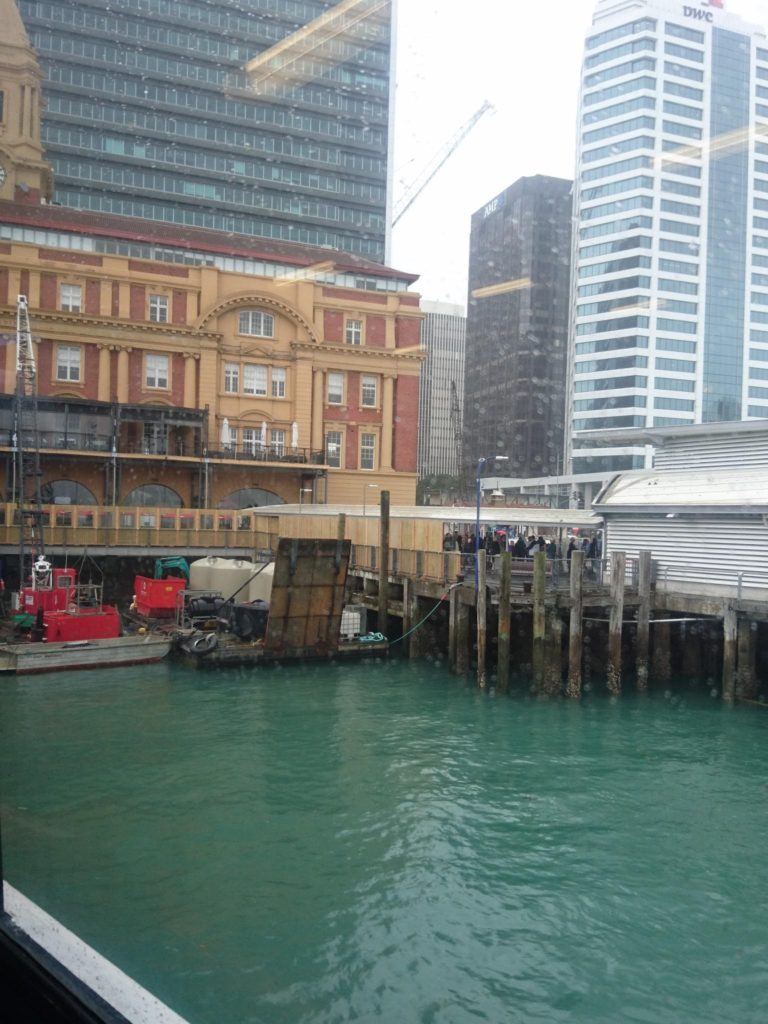 I’m studying political science at Temple University. I have a strong connection to politics in the area where I was born and raised, and I was exposed to politics from a young age, so I naturally became interested in political science. I also experienced living in New Zealand as a teenager, which made me more interested in politics. I was shocked by the vastly different political activities I witnessed in New Zealand compared to Japan. The biggest difference was people’s attitudes towards political participation. It seemed to me that most of the people in New Zealand are willing to learn and acquire information about politics. And many people seem to believe that they can make a difference in society by being actively involved in elections and political activities.

In Japan, of course, it’s not everyone, but I think a lot of people don’t go to the polls because they think that whoever becomes a politician is the same, and that even if politics change, it won’t affect their lives. I sometimes feel helpless in Japanese politics, so I try to remember my life in New Zealand and try to be an informed, critical thinker and an individual who can make my own decisions. So, to be called a returnee/expatriate or to call myself a returnee/expatriate is a bit of a problem for me because it doesn’t promote the fact that even though I am Japanese, I have grown up in a different environment. Everyone is different and that this is normal, and therefore I should not take it for granted that I am not a “perfect” member of this society.

From the time I didn’t know the word gender, I’ve experienced the difficulties and inequalities of living because I’m a woman. For example, it still sticks in my mind that my family and relatives were hailing my brother when he was born. My family is a farmer and has a relatively strong patriarchal mindset. So when a “boy” was born who would become a farmer’s heir, everyone was very happy. At that time, even at a young age, I wondered if the family didn’t want me. And although I feel that I am more interested in farming than my brother, no one doubts that he will be the one to take over the farm. I think it was through my time in New Zealand that I came to a clear understanding that this experience from an early age was a gender issue. For me, having grown up in a relatively closed farming community, New Zealand was the first time I was able to interact with people with different perspectives and broaden my horizons.

–What surprised or shocked you the most in terms of gender in Japanese society?

The area I grew up in tended to exclude diversity in a community based on conservative ideas. Many of my neighbors were farmers, believed in Shintoism and supported the Liberal Democratic Party. It was a very difficult environment to have different opinions and to communicate within a community that was rooted in life. For example, when I voiced my opinion at a neighborhood gathering, I was told not to speak up, because I am a girl. It was also a community where social harmony was the number one priority, so there were times when I was very mentally driven by being blatantly ignored and bullied village-like way without verbally addressing me directly. I felt that sexism doesn’t just take away women’s choices, it even takes away the spiritual elements of self-love and self-respect that are necessary for a human being to live a human life.

–How do you deal with difficulties and struggles related to gender inequality?

After I went to New Zealand, I became more comfortable with expressing my opinions, but when I returned home I was sometimes told that I was too assertive or that I couldn’t read the air. It bothered me at first, but I’ve dealt with it by learning how to keep my distance from people who say things I don’t like.

It still doesn’t feel good to have my ideas dismissed without hearing, but I’ve been trying to learn more about the background of discriminatory language and actions by right-wing Japanese people because I don’t want to be like my parents. In doing so, I can at least look back on my past right-wing speech and actions due to ignorance, critique them based on the data and papers I’ve encountered, and see what actions I should take in the future. And since my attitudes and actions may have some influence on the people around me, no matter how slow the response of Japanese politics to social issues, including gender, I don’t despair that we can’t change them anyway, but rather that one day the problems themselves will be solved. I am careful to remember that I have to be positive.

–What aspect of you is relatively masculine? Also, which aspects of you are relatively feminine?

I used to care a lot about femininity and masculinity, and in kindergarten, elementary school, and middle school. I rebelled against the gendered life I felt in my everyday by acting like a masculine person in my own way. But as I grew up, I became more determined to be neutral, neither feminine nor masculine this time. I think I was probably sick of both gender roles. So I preferred genderless fashion, tried not to get caught up in romantic conversations, and was careful about how I kept my distance from my male friends. But I’m not that good at cooking, but just as I strongly want to help people if they’re struggling, there are always elements that fit into the socially constructed notions of femininity and masculinity, and I think that complex combination is indicative of who I am, so I don’t really care much about “femininity” or “masculinity”.

–What is your definition of success in your work or study?

For me, the definition of success is when I feel that I am successful, not when I compare myself to someone else.