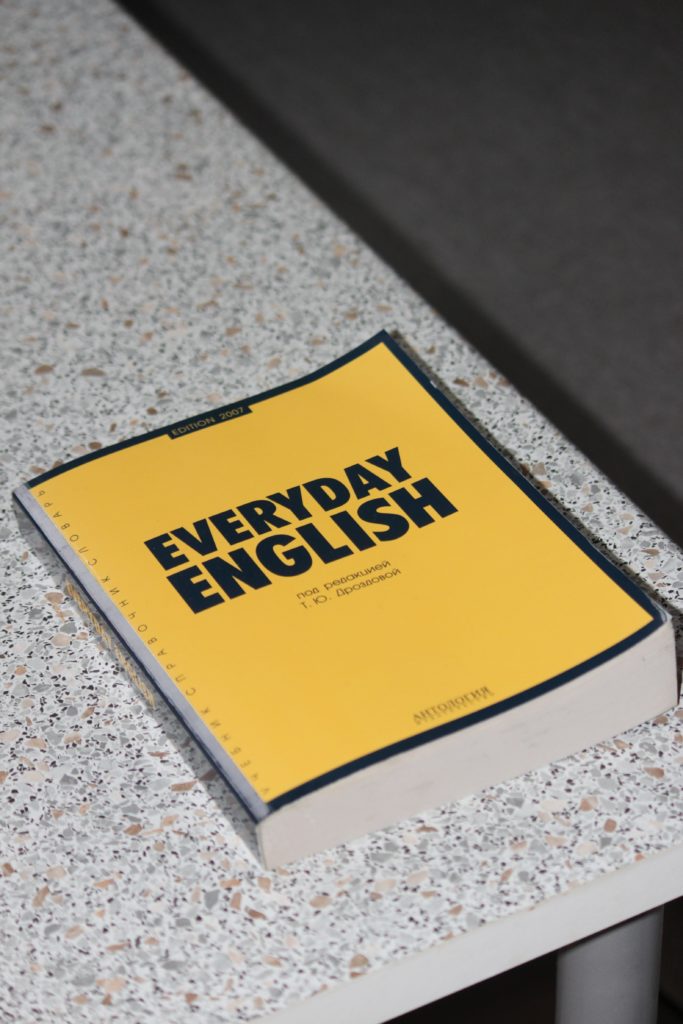 I feel that the commercials for English schools that lead you to believe that “speaking English means you can be a global citizen” are creating an illusion as much as the commercials that say “women must be beautiful”.

To begin with, speaking a language and being a global citizen require different skills. However, it is unfortunate that they are often lumped together as “global”.

As I wrote in my article on the differences between Japanese and American comedy, the way of communicating is completely different between a culture where laughing at one’s appearance is considered funny and a culture where it is socially unacceptable to laugh at one’s appearance. Likewise, if you don’t understand the culture, no matter how well you “speak” English, you may become socially isolated.

I’ve only lived in Japan and the U.S., so you have to understand that all of my examples refer to American society.

In Japan, it’s still very common to ask someone’s age when you meet them for the first time. But in the 7 years I’ve lived in the U.S., I can only count on one hand the number of times I’ve been asked, “How old are you?” Also, I have only been asked this question after we had become friends, and it is considered rude to ask someone’s age suddenly.

In the United States, there are diverse groups of people with various races living with various historical backgrounds. Ignorance of these backgrounds can unintentionally hurt them. For example, the term “Indian” is still sometimes used in Japan, but in the United States it is more common to refer to the indigenous people as “Native American”. These terms of reference for minorities change constantly in historical contexts, so it is important to always understand how to refer to them in a way that does not offend them. Without a willingness to understand and learn about the other person’s culture and background, it is impossible to understand each other even if you can only speak English.

Not asking someone’s age at first time and choosing the right words are called “Political Correctness” which means using politically and socially fair and neutral words. I don’t think such a line is drawn in Japan.

Many people think, “It was good in the past, because we could talk freely, but now we have to be very careful because it’s called ‘sexual harassment’.” This kind of idea happens, because many people don’t understand what political correctness is.

Of course, there are plenty of racists and sexists in the US, too. But they choose their words with care because they know that “saying it openly in public” can affect their careers. (Though I think more and more people are careless these days, because of Trump…)

Anyway, there is a culture that criticizes people who are laughing at people’s looks, praising beautiful women, making fun of their age, or disrespecting the homeless.

It makes me sad to think that is not a part of Japanese culture. However, for those who have such an communication style might struggle to build a career in a different culture and society with that mentality.

So what on earth should we do? Do you have to learn American history from the ground up and understand the cultural background of each? Learning English is also a big hurdle to overcome, but it’s not like you have to cross any more hurdles. Of course, it’s very important to be interested and know, but it’s impossible to understand all the different cultures.

At the end of the day, understanding diversity is the most important thing to do in order to succeed in the world.

I believe that understanding of diversity comes through “dialogue” instead of laughing at or criticizing those who have the opposite opinion.

I consider myself to be a radical left, but when I encounter a right-wing idea that is the exact opposite opinion, I try to have conversation rather than dismiss it. After listening and having a dialogue, of course we might not understand each other. But I think that “dismissing people because they have opposite opinions” is the logic of a strong man. There are people who have to live up with the circumstance where they have to work with totally opposite mind. They cannot easily dismiss them. In other words, I believe that we can advance our “understanding of diversity” by repeatedly confronting people, no matter what their political, cultural or social position, and asking them why they think the way they do.