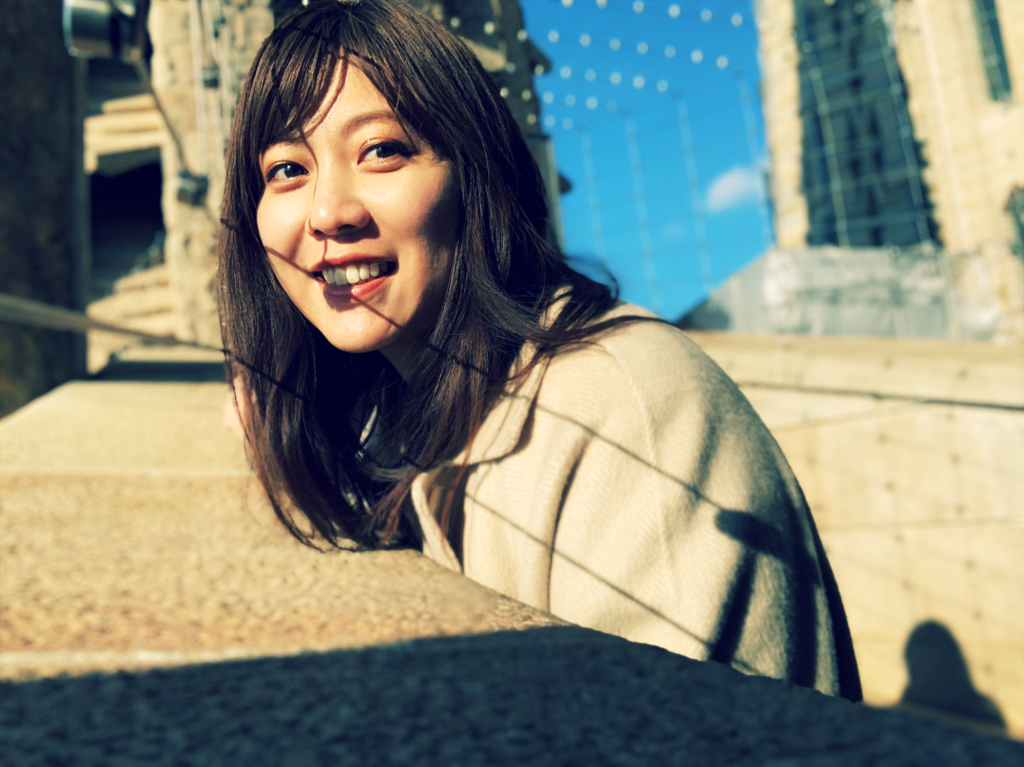 1. Give us an introduction. (name, DOB, race/ethnicity, gender, how many years the interviewee has lived in Japan etc.)

I am Aya Ishihara. I was born in 1988 and raised in Japan until graduating high school. It was my first time to live in abroad when I moved to Canada at the age of 19. I had lived in the United States of America for 7 to 8 years. My first career started in New York. After working for three years in New York, I came back to Japan in 2017. I have lived in California, Missouri, New Jersey, and New York. While I studied in college, I had a chance to study in Germany and Korea as part of International Business Program. I came back to Japan when Donald Trump began his presidency.

2. What brought you to the country(ies) that the interviewee has lived in?

The original reason to study abroad was my vague longing that I’ve had for a long time to be able to speak English. I’ve been learning English since first grade, and I even went to a high school that specializes in English, but I gradually disliked studying English…. When I started focusing on the entrance exam for university, I realized I do not want to study hard without purpose. I could not see what I can do in Japanese university. That’s how I decided to study abroad when I was 19. I didn’t have anyone around me or my family who had studied abroad, so I chose Canada as my destination because it seemed like a safe place to study. However, a friend of mine, who I met in Canada, told me that it took her 2 years to get in university. I didn’t want to attend a language school for 2 years. So, I went to a university in America because it was easier to get into.

3. Where is the most comfortable place to live for you?

I thought it was easy to live in Canada, California, and Germany. I liked the fact that everyone is used to foreigners. In Missouri, Asians are rare, so they stand out and there was some discrimination. But in California, there were a lot of Asians, and everyone was friendly and easy to talk to. New York, on the other hand, the gap between the rich and the poor and discrimination was so bad that I felt like I wouldn’t be able to live here for the rest of my life. While living in Japan is easy, because I don’t have to worry about visas and language, I think there are still some people who would not realize they’re discriminating foreigners without even realizing it. I also feel uncomfortable sometimes, because I look like Japanese and I was born and raised in Japan, so people would not understand my global mind.

4. When did you get interested in gender issues in Japan and why?

The first time I became aware of gender was when I met a friend of mine in Missouri. That was probably the first time I discussed gender issues openly. I had felt “different” before, but I didn’t really talk about it with anyone in particular. But when we first discussed gender issues, I was really convinced that this was what I have been thinking of. So it was properly the first time I got interested in talking about gender. I remember the episode that I was surprised when I first talked to her. She doesn’t have any siblings of the opposite sex, and I have an older brother. So, I have never wandering around my house without wearing a bra even after taking a bath or just before going to bed. But my friend did not care even her dad would be there. I think that if I did the same thing, my mother would be surprised. I was surprised at the difference in perception at first.

5. But you could get along with each other despite those differences in values?

Yes. When I heard and said things about gender that I hadn’t talked about before, they fit right in. I realized that we’re on the same page. I still can’t be without wearing a bra when I’m at home after a bath, but now I start thinking “what’s wrong with that?”

6. What kind of gender values does your family have?

My family is so traditional! Mother didn’t always tell me to be feminine, but I was raised in such an environment. I think my mother didn’t want to quit her job, but in her time, if women get married, they’re normally not going to keep their job. So, my mother thinks that women stay at home to protect the family. My father used to be a very demanding husband. They’re both more mature now, so it’s different, but when they were raising me, they thought, “She’s a girl, she needs to do housework.” As for their views on marriage, they were pushing me to get married when I was over 25.

7. What aspect of Japanese society surprised/shocked you the most in terms of gender?

There’s just too much to think about, but I was pretty surprised about what my male friend said that “She’s a woman and she’s got body hair!” Well, of course women got hair, right? And then there was the insulting comments about women without any make up on.

8. Do you say anything to those male friends?

If it’s someone who’s not really my friend, I might just think, “Well, I guess I’m wasting my time by telling him.” But if he is my friend, I’d say it right. I haven’t had a friendship break up because of saying it. I’m not sure he fully understood the root of issues, but most people will listen to me properly. And the women agree with me. The people close to me, even if their ideas are a little bit inappropriate, they’ll say, “I’m sorry…” when I tell them. So I don’t have a lot of resistance to telling them.

9. How do you deal with your difficulties and sufferings related to gender inequality?

When I lived in New York City, street harassment was pretty bad that was banned by law. At the time, I was probably annoyed every day. No matter what I was wearing, people would say disgusting things about me, and I knew that they would never say anything about me if I were a man. I hated that. The man I didn’t know always said to me “That’s my girl.” and I always said, “Stop!” in my mind. Almost every day in New York, I’d see that guy on the road to the station, and he talked to me. It was disgusting. I don’t know if I should have said it back or what the right thing to do was, but I kept ignoring it.

I’ve been told by friends and family that I’m masculine in my way of thinking. It might be a little stereotypical, but I am a person who “go your own way” or “live your life without dependence.” I do what I think, what I want, and I don’t rely on my boyfriend. That kind of attitude might be masculine. Maybe. But when it comes to being in relationships, I feel that I am feminine. I have been changing myself these days, but still I am like “taking three steps back,” or maybe I’m a little supportive to my boyfriend. I might get into a mindset like that. Compare to usual me, when I talk with someone in romantic situation, I try to be nicer to tell him that “You did great job”, “you are great”, and “it’s fine, it’s fine,” while hiding my true feelings. Even if it’s not someone I like, maybe I’ve been brainwashed by some stupid world columns that tell what women should do or something. I guess I don’t want to hurt anyone or be hated. When it comes to relationships, I don’t make the first move, and I may be a passive person. I don’t mind not being able to talk about my work or career with someone who is in love with me. I think that’s why my personality might be totally different.

11. What is your concept of success in your job/relationship?

When it comes to relationships, I care values at most. My ideal relationship would be we can share same values and be mutually respect for each other. For my career, I don’t really have to be a successful person, but I just want to enjoy it. I haven’t been able to do that at all now. If I’m not interested in the contents of my work, I won’t be able to focus on it, so I have to find something that interests me and I wish I could do this without worrying about relationships at work, too. I think that the people I work with are quite important these days. If the people I work with are good, I feel my motivation is different.

12. Do you have any significant mentors or influencers?

I don’t have any role models at all in the workplace. I respect my mom. I think being a stay-at-home mom is a lot of work, but I haven’t seen my mom tired and stressed out when I was a child. I think she is very strong person. So, I can say pretty much anything to my mother. I am strong as well as my mother. I’m not too stressed out most of the time. Maybe it’s because I’ve seen her and got her influence.

Hmmm, I’m not aware of it, but I guess I am. When I first heard the term “feminist”, it sounded like a strong advocate for women’s lives and rights in any settings. I haven’t sent out a message to anyone else in comparison to that. I used to think that I couldn’t call myself a feminist. But now that I’ve reaffirmed these ideas to myself, I can say that I’m a feminist, even though I don’t announce women’s rights to the outside world in the first place. I’m beginning to consider that you are a feminist when you have the idea of women’s rights inside of you.

14. What are you planning to do in the future?

15. What kind of society do you want for your future?

Personally, I think you should be responsible for what you want to do. But maybe that is because of the low expectations that society doesn’t seem to change. For example, if I have a child, I would like to use babysitters. However, not many people in Japan use babysitters. I don’t see what’s wrong with that. And I wish my partner supports me with this idea. In case of childbearing, we need to make change that the babysitting system is more accessible for all. A lot of people rely on their grandparents for help, and they think its ok because they are family. But what is wrong to rely on other people if you need help. It looks like your grandparents are having a hard time with helping childbearing at their age. I think it’s okay to get help from other people. There will be more interactions that way.