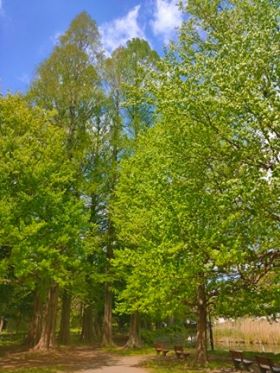 When I tell people about my views on marriage, they are often surprised. I’ve been dating with my partner for almost nine years now, so people often ask me if I’m ever going to get married. My answer to that question is always, “I’m against the Japanese system of marriage, so I don’t plan to get registered.”

I would like to spell out here why I am against the Japanese marriage system. Please note that this is my personal opinion and is not a criticism of those who choose the institution of marriage.

There are three main reasons why I don’t choose the institution of marriage.
(1) The law discriminates against non-heterosexuals,
(2) The system allows the old patriarchal system of family registers to continue,
(3) The control of your body

Let me explain them one by one.

(1) The institution of marriage that discriminates against non-heterosexuals

Recently, each municipality has started a “partnership system”, but Japanese law prohibits same-sex marriage. The fact that partnerships are progressing in Japan is because legal marriage is not easily accepts same-sex marriage. But the legal rights that are normally granted to heterosexuals should be granted to homosexuals as well. It is likely that the Partnership systems vary so much from municipality to municipality that it’s impossible to talk about them all together. But in some places, it’s going to cost you money to register, and you’ll not be granted the exact same rights as a legal marriage. After all, we can’t put homosexuals in a “legal marriage” so we have to deal with the “partnership system”. In recent years, there was the welcome news that Taiwan was the first country in East Asia to legalize same-sex marriage. In Japan, however, opposition politicians have been known to discriminate against homosexuals, saying that they are not productive. The current situation is such that it would be a shameful situation. Clearly, it is discrimination against homosexuals that they cannot have the same rights as heterosexuals. That doesn’t mean that married people are discriminating against homosexuals. It is the laws and the government that let the discriminative law exist. People choose the institution of marriage for a variety of reasons, and I don’t mean to criticize it in any way. However, I’m in a position to take the option of not having to choose the institution of marriage, so I want to raise the awareness that the current system of marriage exclude homosexuals.

(2) Continuation of the patriarchal system based on family registers

The family register system (ie system) in Japan began after the Meiji era, and the creation of the family unit called “ie” helped to spread the family ethic, and to create a new type of family register. The system began as a way to make it easier for the state to manage. Back then (and perhaps still) it was (and still is) mostly men who become a head of the “family system”. It is a very simple historical explanation of how the patriarchal system of control and governance became widespread in Japan.
The modern marriage system is still based on the “family register system,” which means that one of the two people who get married must register to the other family. There can be no legal marriage unless man or women choose to partner’s family registration. And currently, most women choose (or are forced) to “join” a man’s family register.
It’s not easy for a man or a woman to accept changing their name without thinking about it. I think it’s like after decades of living as “Kanako”, you have to live as “Miki” from tomorrow. I don’t think it is easy for many people because your name is a part of your identity. But the “marriage system” easily make people accepts that it’s just “natural” to change their names. They think it is natural so they have to follow the rules.
Although there is now a debate on the issue of married couples’ surname separation, it is still unlikely to be legally implemented in Japan. Either you or your partner must choose to change your family name and join the other person’s family register if you want to marry someone. I feel unreasonable for both men and women, and if I have to give up something to get married, then I don’t need to marry. I may also feel fear of being included in the “patriarchal system” by getting married.

3) Control of your body

I want to write this story carefully because it’s often difficult to get people to understand it. There is no legal statement that a legally married man and woman may not have an affair, but the Civil Code indicates mutual support clauses and prohibits bigamy. It is not allowed to commit “adultery”. In other words, if you have sex with someone other than your marriage partner, you will be judged under the Civil Code.
This is not that I have desire to have sex with another person or to have an affair, but rather an aversion to having legal control over one’s own body.
Thinking about each other and trying to avoid making the other person feel uncomfortable is only natural, I think. If the law dictates and control my own body, and if I am punished for not playing by the rules, then I do not want to be in the rules. I feel better to live on trust in each other than to live in a place where punishment exists for the sake of it.
The marriage itself plays a role in the economy and the people who choose the institution of marriage. I’m not trying to criticize people in the marriage system in any way.

The reasons I have spelled out up to this point are completely personal, my reasons for not choosing marriage. And with the understanding that it’s a privilege to be able to take the “no marriage choice” position myself. I know many people have to choose marriage whether they like it or not. It might be socially difficult not getting married in the countryside or there might be an economical reason to get married. There will be many situations in which you will be forced to do so. I think I am lucky to be in a position where I don’t choose to get married. Therefore, I think I have to use my privilege to express the “discomfort” about “marriage.” So, I hope that the current system will change for the better.