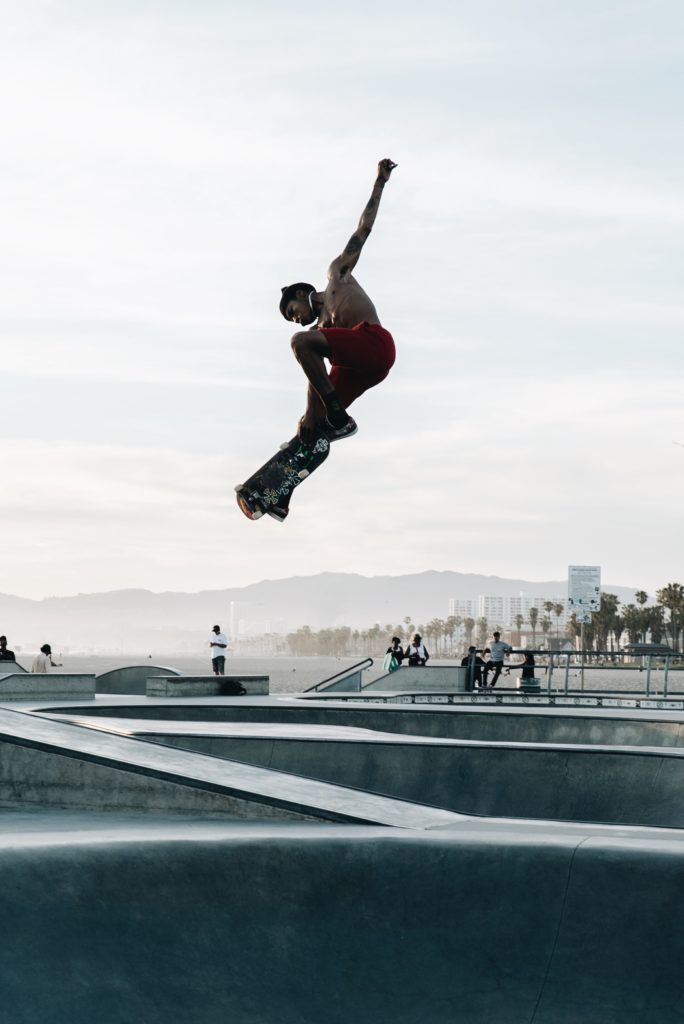 I saw a movie called “Minding the Gap,” a Hulu original documentary that has been nominated for an Academy Award.
It’s about three skateboarding buddies living in Illinois, depicting the cycle of poverty and abuse in their families. The director is one of these three, who is of Asian descent, and also talks about his own abuse in the story.
The film depicts young men who does not find a place at “home” and finds their “place” in the company of their skateboarding buddies from an early age, and makes us think about race, poverty, domestic violence, gender, and many other aspects of the film.
In this article, I’d like to look back on the lives of three men who find a place in the community of skateboarding from the perspective of “power balance”.

[Race and the Power Balance]
The three main characters who skateboard are white, black, and Asian. A black boy (Keire) quotes his father’s words in the play, “No matter how many white friends you have, don’t forget that you’re black”. In the film, there is a contrast between white and black people, but there is almost no mention of the Asian race, which I think is very indicative of the reality of American society. In racial issues, “white vs. black” is the main focus, and Asian descent is invisible.
While Keire finds his place there as a fellow skateboarder, a scene appears in which he hears his white peers jokingly refer to him as a nigger (a racist term for black people) with a complicated look on his face. It felt like white people were using the safety of “peers” as a shield against the strong language. A strong word that can cause a pretty strong sense of disgust just by calling a black person that. And even among the “peers,” we are made to feel the balance of power there in unconsciousness, creating a hierarchy of white versus black people.
Eventually Keire leaves that group, but I think it illustrates the cruelty of creating a balance of power based on the premise of “no offense” and “friends.”

[Gender and the Power Balance]
One of the main characters, Zack, a white man, gets married young and has a child, and there is a scene where he seems to be violating his marriage partner, Nina.
In the latter half of the film, there is a scene where Zack is interviewed and he says, “It’s not right to be violent towards women. But there may be some woman who can’t help but be violent.”
There is a scene in which the director Liu, who also grew up with a violent father-in-law, asks her mother if she knew about the violence.
The violence portrayed in the film is both child and woman, and the film imagines a dangerous chain of events in which one’s friends may be the perpetrators as they grow up.
Zack’s statement that she is “a woman who would have been violated” is scary because it seems to embody selection by the strong. It seems to embody the structure of dividing the weak into “good” and “bad” and punishing the “bad” ones.

[Class and the Power Balance]
Zack, on the other hand, lives in a strong position of being a white male, but is still stuck in poverty. He criticizes the middle class lifestyle, which “many people think it’s normal to work for a company and own a car or a house and think that’s a normal life,” but he also shows how he can’t escape poverty despite working as a roof repairer and trying to get a high school diploma.
Zack is drinking beer throughout the work, but at the beginning of the piece he drinks a nice craft beer called “Goose Island”, which changes to a cheap beer called “Pabst Blue Ribbon” when he gets married, has a child, and is under financial pressure.
I think the film very well depicts the frustration of being stuck in the “Rich/Poor” framework and the danger of fitting the people around her into the “Black/White” and “Good Women/Bad Women” frameworks, however unconsciously.

This documentary looks at a variety of social issues from a complex perspective and makes viewers think about them from their own perspectives. In this article, I’ve written my own impressions of the film, but I’d love to hear what others think of it. The film is scheduled to be released in Japan on September 4th.