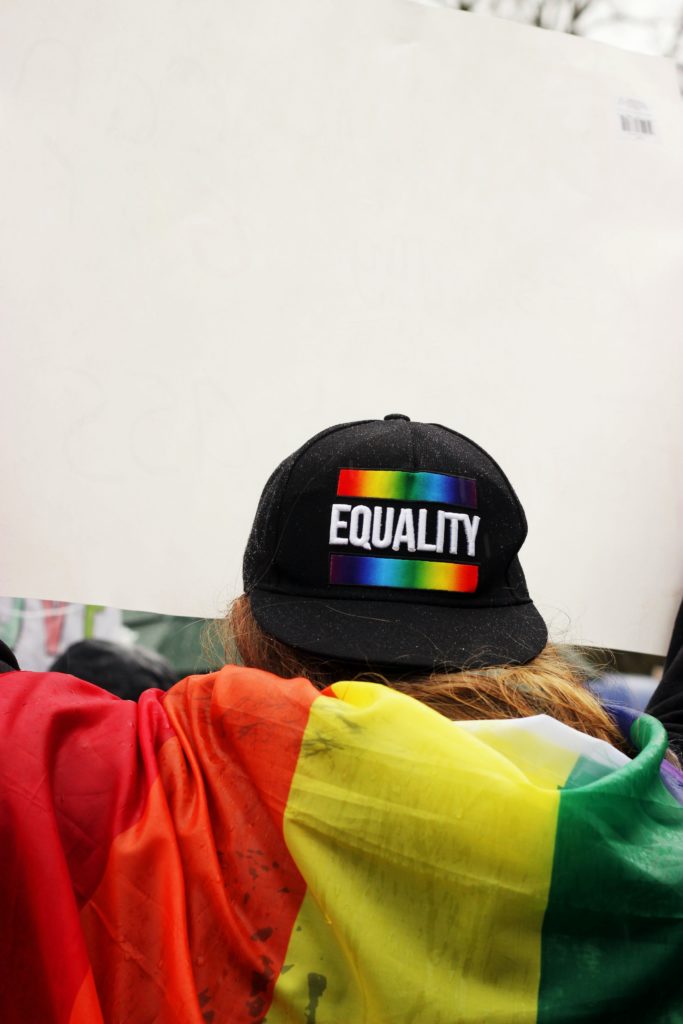 I received a book called “Introduction to Nordic Feminism” as a gift, so I read it. It’s a cute, doujinshi-like book by Hidani Reiko, a Nordic translator, who introduces various Nordic feminist literature and her own point of view.

It’s very interesting to read her reflections on her daily life as a translator, questioning the low social status of the professional translator, and contemplating child-rearing and motherhood in the midst of her two children, in relation to books on Scandinavian literature, philosophy, feminism and education. This book is an interesting blend of personal and social stories that I believe in.

Now, there is a chapter in the book called “Typical Questions about Feminism,” which is very close to my idea of feminism, so I would like to introduce it.

Introducing a book called “A Feminist’s Handbook” by an author named Gretelise Holm, she describes the questions about what feminism is trying to achieve in a clear way.

【Should the gender gap between men and women be eliminated?】
“It’s a big misconception that feminists are trying to eliminate the gender gap between men and women,” Gretelise Holm says. The structure of public society to date has been built primarily by men. Should women go straight into the male-dominated political, work and educational systems that have been created by men and play by the rules as they are? She suggests that it’s important to slowly change the rules themselves to suit both men and women in the first place.
I see feminism in the same way, and I think the ideal is not to eliminate gender differences, but to work together to create a society where it’s easy for women to live as women as well as a society where it’s easy for men to live as men. People believe that “we are expected to work five days a week from 9:00 a.m. to 6:00 p.m., and if you want to be promoted you have to work overtime and holidays” is normal. However, I think it is desirable for both sexes to work together to create a social system that allows men and women to live their lives without feeling pressure to raise children, take care of family, study for themselves, and enjoy hobbies.

【Won’t women win gender equality at the expense of their children? 】
When women give up domestic work (for free) and go out to work, their children and families are put under strain. Many women feel guilty about it, but have to act like they are doing everything well.
However, the problems that women face when they go out to work and are unable to do household chores, or take care of their children are problems of “men and women” and “society”. I feel that the biggest problem is that we are forced to think of them as “women’s issues”.
In the late 1970s, in the U.S., during the debate over the ERA (Equal Rights Amendment), the media painted a picture of a housewife protecting her family and children versus a woman pursuing a career, and this led to the idea that women’s advancement in society was a “women’s issue” and not a men’s issue.
I think it’s healthy for women to choose their lives based on what they want to do, not on what they should be as a woman. Of course, on the other hand, there will be social oppressions that prevent men from freely choosing when they want to be a protector. I think that we can aim for a society that is easy to live in for both men and women by building a social structure that allows them to choose freely, rather than confronting each other on the basis of “because I’m a man” or “because I’m a woman”.

【Are feminists aggressive and men hater? 】
“No matter how objective the data is, pointing out gender inequality in itself is perceived as picking a fight with men, or being obnoxious,,,,,,and I think it’s close to saying ‘you’re hostile to white people’, to people who say that black racism is wrong. ” I can very much relate to Gretelies Holm’s comments.

I like men and I think my father, my partner, and my male friends are important to me. Feminists don’t “hate men”; they see a “male-dominated society” as the problem. There are plenty of women who have “internalized a male-dominated society”, and of course, so do men. However, I don’t think it’s important to criticize those individuals, but rather to critique and talk constructively about the structural issues. Sometimes when I talk to men and criticize “male-dominated society”, some men will overreact and fight back, claiming that they have been attacked, but it’s not that you didn’t create the entire society and it’s a shame that you don’t get the message that you see those social structures as a problem.
I’ve included some of the misconceptions about feminism in this article because it was very clear and easy to understand, but it’s a very interesting book that allows you to think about gender and feminism from many different perspectives, so I encourage you to read it.

Finally, I don’t think the feminism we’re talking about here is the “right” answer. I hope that many people will find each feminism that they feel comfortable with