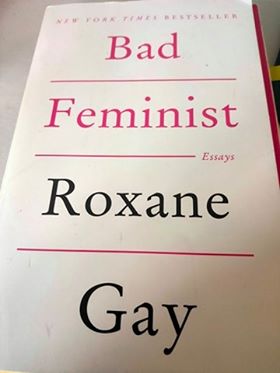 I believe the idea of feminism changed my life. Once I got to know it, I couldn’t go back to the way I used to be.
I encountered feminism in my mid-twenties, and I’m so glad I did.

On the other hand, my encounter with feminism has made me realize that the things I used to love often reproduce gender stereotypes.

Today, I want to write about my personal struggles with feminism.

When I was in junior high school, I was an avid Takarazuka Revue fan. I was just caught up in Takarazuka when Miki Maya and Yuki Amami were active at the top. I went there enough to buy merchandise and wait for stars to come out. After high school and college, I wasn’t as enthusiastic about it was, but sometimes I would watch old videos and I went to see a play. When I see the stage, I felt like I was so cool, and I like their performance. I still like to see Takarazuka.

What baffled me when I encountered feminism was the “gender representation of Takarazuka”.
Basically, Takarazuka is only women’s troupe. On the stage women act as men and those male characters are usually playing main character. So, the female actors have traditionally been subbed in to support the men. And the male roles emphasize “masculinity” to make it cooler. In other words, a “forceful male,” a “slightly violent male,” a “gigolo-like man” are portrayed as cool and masculine and the women are portrayed as appendages or objects to be protected.

It’s not just a stage production. The reproduction of gender stereotype in Takarazuka Revue is not limited to stage direction. Although all performers in the Takarazuka Revue are women, most of the management, direction, and scriptwriting of the company are male. It’s a “male-controlled, women-only theater company.” Considering the concept of the original Takarazuka School of Music as “raising good wives and wise mothers,” it makes sense.
When I learned about feminism, I found myself looking at Takarazuka as ” a theater company continues to reproduce traditional masculinity and encourage female audiences to consume it.”

But the problem is that even if I see that side of gender stereotype, the feelings of “like” and “cool” do not disappear.
If you see a well-calculated production of “masculinity”, you’ll think it’s cool and nice. I felt contradictory and conflicted within myself at first in my emotions.

The traditional view of gender can be seen not only in Takarazuka but also in idols, TV shows, and musical theaters. There are so many representations of gender stereotypes in the media. As a feminist, should we say “no” to all those entertainments?

The conclusion I’ve come to at this point is that I don’t need to put a lid on my emotions. In any society, what you think is “cool” or “cute” or “fun” is socially constructed. Whether you like it or not, you have to live with those bias. I have a lot of biases in me, some of them I am aware of, but some of them I am not. But that bias has been cultivated in me for decades without realizing it, and because I’ve noticed it now, it’s not suddenly going away. If I don’t allow myself to live with that contradiction, it will make it harder for me to live with it.

So, when I look at Takarazuka and feel, “That’s nice,” or I look at boy bands and feel, “That’s cool.” I don’t have to deny my feelings, and I don’t think I need to.
Somehow when I identify myself as feminist, some people are forced me into a “perfect feminist image.” They tell me that “How can you call yourself a feminist and you like the entertainment that reproduce gender stereotype?” It’s uncomfortable to be forced into the “role of being a perfect feminist.” I think feminism should be more relatable for everyone. The definition of feminist I believe is those who want to embrace differences and make society a better place for everyone.

Roxane Gay’s book, “Bad Feminist,” also considers what feminism is. She is also on Ted Talk, so if you’d like to see it, it’s very interesting. She calls herself a bad feminist by affirming that she likes to listen to a rap with female-disrespecting lyrics. I think it’s very difficult to define feminist, and I think it’s okay for individuals to have their own feminism. If feminism only allow one perfect feminist image, it makes women unite difficult. It would be a shame to let go of the solidarity of all who might get related with. I would like to think of “feminism” as a way for people to talk to each other from different perspectives.