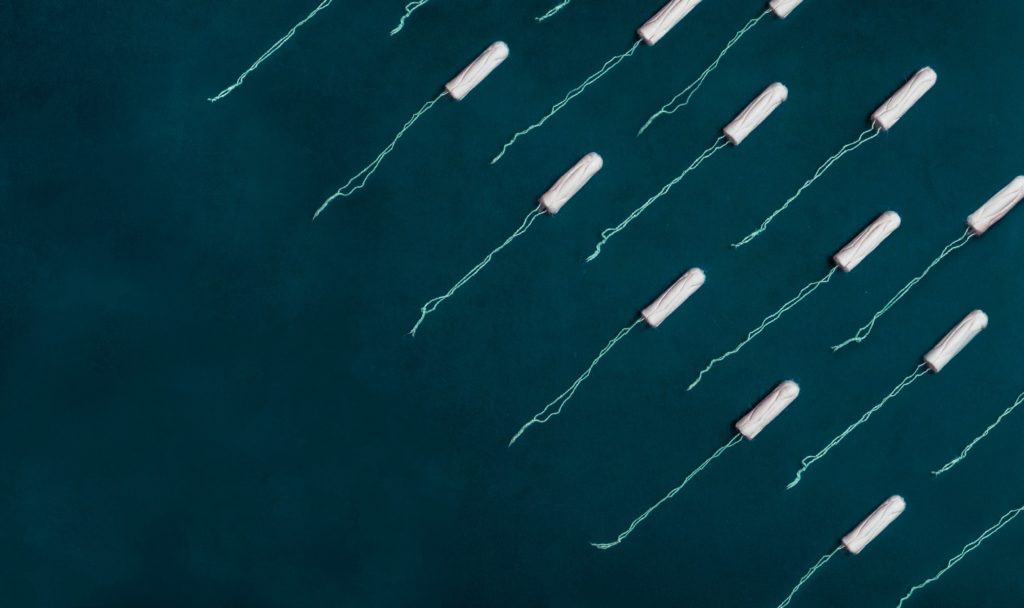 I think menstruation is a taboo subject.
Menstrual products are always packaged in paper bags so they can’t be seen, or in a pouch when you go to the bathroom. Even when you are sick with your period, many people are hesitant to tell a man that they are on their period in front of them. Why should we be so “ashamed” of my body?

For example, what if this was a broken bone? Will it be packaged in paper bags when you buy a bandage to replace it? Would they wrap the crutches in a cloth to keep them out of sight? Is there anything you wouldn’t be ashamed to say about “broken bones”?

They are both the same changes and discomforts that happen to the body, yet somehow only menstruation is considered as taboo. A lot of things are treated as if they are “embarrassing” and “must be hidden”.

One of the reasons for this misunderstanding is the lack of sex education in the first place. I was in elementary school a long time ago, so it may not be very helpful, but I don’t think the school even taught me how to use a napkin. I did not know a tampon exist. Nowadays, there are so many products to deal with menstruation. There are pills or IUD to get rid of the difficulty of menstruation. Also, there are underwear that sucks up menstrual blood and vaginal cups.

Another problem is that there are few places for men to get knowledge about periods. They might know at least that there is blood, but they might not know how much blood is produced each month and symptoms women get and how they affect mental health due to hormonal balance. Once, I told my partner that I woke up in the morning and I was going to the bathroom and blood was pouring out of my underwear. He was surprised and said, “Does it bleed that much?” So, even if we live together, he did not know how much blood is produced each month. We don’t all have the same symptoms, but it’s possible that this is happening to your partner. If there is just a little understanding for periods, we can move our menstruation from the taboo such as “let’s not touch it” to care that “I’ll help you out if you need anything”.

However, we live in a world where it is considered taboo to say, “I’m on my period!.” And it’s pretty embarrassing to speak up. I try to say that I don’t need bags to wrap up my sanitary napkin when I buy it, but I still don’t have the courage to carry an sanitary napkin with me when I go to the bathroom in public.
It’s also hard to suddenly say to your male boss, “I’m having my period today, so I’m taking the morning off”.

But at least be a little more open to “talking about your period” to those closest to you, I think it would help young women realize the many options available to them. I’ve tried to spell it out with the hope of planning an event about menstruation one day.