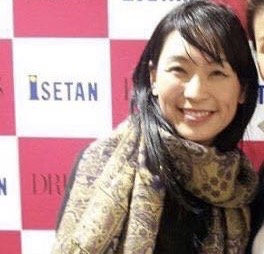 I will be 43 years old this year. I have been working for about 20 years. I was born in Aichi Prefecture and have been living in Tokyo since college. This is my third company, and I worked at the second one for a long time as an HR manager in a company with about 3,000 people. I was responsible for hiring a lot of people. Now I’m shifting my career so that I can support a start-up company in the circular economy. I also take jobs from my former company on an individual basis and shift my career so that I can work in a way that is closer to me.

–What do you mean by “working close to yourself”?

I see it as providing a specific service to the people in front of me and contributing to them. When I was the head of HR, I felt like I was working for the structure of the company.

2. Which country would you most like to live in, having lived in Japan all your life? And what is the reason for that?

Hawaii, I think! Because it’s warm.
The also thing about Corona this time around is that NZ is very attractive to me. I love rugby, so being able to watch rugby is one of the things I like about it.

–What is it about NZ that makes it seem like a good place to live, specifically?

The Prime Minister’s decision making process for the Corona disaster is a big one. I have an image of a functioning democratic one.

There was a governor’s race the other day, and the candidate I put in has never been elected before. Somewhere along the line, I’m voting with the thought that I won’t be able to decide. My vote and politics are supposed to be connected, but there seems to be a disconnect. On the flip side, I’m selfishly wondering how it is (or isn’t) in NZ.

I think there are two things that influenced me. My mother and the image of women in the bubble economy (laughs).

First of all, my mother expected me to be independent and to work. We used to talk a lot about women’s lives together. I remember reading a book by Frida Kahlo when I was in junior high school and we talked about it.

And what was the “image of women in a bubble”? I’m 43 years old now, and I saw the “bubble economy” when I was little. If we talk about the image of women, there were the Annon’s and the “flying women” who were celebrating freedom. I also really liked the commercials for Parco and Shiseido, and I was exposed to a lot of information and atmosphere of women becoming more and more free and autonomous, which was really cool. So when I was little, I never doubted that when I grew up, I could do whatever I wanted. I think that was my original experience.
(Note, I may not have learned about magazines and commercials in real time.)

This is off topic, but I was watching a show on Youtube where Goro Yamada and Jun Miura were having a conversation about the 70’s and they said that they thought there would be gender equality back then (but there wasn’t). I really think that’s true. I’m more conservative now.

4. what has surprised, shocked, or made you feel most uncomfortable in terms of gender while living in Japan for so long?

I was in high school in Aichi Prefecture. The boys were more energetic, and there was a structure where there was a group of boys and the boys rated the girls. Who was the prettiest or something of that sort. It’s hard to be exposed to being chosen or not chosen by guys in adolescence. Also, the boys say “we” and “us”. I wondered who the “we” was. When I was going out into the world, I sensed that “we” was everywhere.

High school was originally an all boys’ school, so there weren’t a lot of girls’ bathrooms, and I didn’t feel comfortable with that either. That’s why I decided to go to a women’s college. On the surface, I said I wanted to go to a place with clean women’s restrooms, but really, it was because I was uncomfortable with the aforementioned “us,” or homosocials.

I was having fun with my high school girlfriends, outside of the structure that was valued by guys. When I said to them when I graduated, “I don’t want to be in this kind of male-dominated environment anymore,” some of them were like, “It really is,” and others were like, “Well, isn’t this how it is? Or, “What are you talking about?” And then we were divided on how close we were afterwards. The friend who said, “It’s really true, isn’t it?” still lives in my neighborhood and is a pretty good feminist.

After that, I’ve consciously avoided places that reeked of “we” logic in high school.

— does that mean you are choosing intentionally?

Yes. I think it’s better for me.

— This is a bit of a back-and-forth, but what was the difference between going to a women’s college and going to high school, where you hated the “male logic”?

Everything was different! My university was Tsuda College, so I was able to learn about the structure and knowledge of “gender” and “feminism” in my classes, and the only kids around me were those who were interested in gender. We verbalized our discomfort and unpleasant experiences, and we just talked and empathized with each other. It became a “healing time” or a time to realize that I wasn’t wrong, and it changed the world I was in before.

5. how do you deal with difficulties and struggles related to gender inequality?

I feel like I’m pretty much on the defensive. In other words, I don’t associate with people or places where I have a different view of gender. On the other hand, it’s important to choose your close relationships and partners (laughs). If I feel stressed about gender on a daily basis, I get depressed. If there are people I can’t help but think about at work, I keep my distance. I gained more confidence in this stance when I read in “Reclaim the language” (a book on Korean feminism) that you don’t have to explain (the structure of gender discrimination) to men.

— So you’re dealing with it by avoiding it rather than fighting it, then?

Yes, that’s right.
Oh, but I don’t know why taxi drivers, for example, use informal language with women, and it’s really annoying, isn’t it? When I think, “This guy’s a jerk,” I don’t speak politely, but I do think it’s better for me.

Also, there was a time when I worked in a department with only middle-aged men. Every time they would talk about “the prettiest girl in the company” at a drinking party, I would ask, “Is that the story again? And I made him stop talking. It’s really, it’s a foolish thing to do. So maybe I’m also improving the environment (laughs).

–Personally, the fact that we’ve moved away from the “date market” is probably a big part of it. The idea of being judged by the opposite sex is gone at once.

That’s true. It’s really hard for young women.
This reminds me, I was in my thirties, the “cross-dressing era”, and I just made sure I looked good in my thirties. I worked out, went to beauty salons, let my hair grow long and smooth, and wore heels over 9cm in length. I spent a lot of money on clothes and cosmetics.

At the time, an essay by Makoto Takayama was my bible. When I was jjudged by my looks, I have to change the definition of beauty and ugliness, the book said. It says something like, “I’m going to ‘shift’ and ‘tease’ the axis of appearance” (*).
So, when I felt like I was about to be priced out, I would polish up my appearance and say, “Oops, do I have a problem with that?” I went to a lot of events in my 30s, and they passed me by like this. It’s not something we care about how it’s evaluated in the dating market, but, well, there may be one way to deal with it.

What do you mean by “masculine and feminine”? I’d like to say, but I’ll refrain this time (laughs).
Actually, I like horoscopes. Isn’t it the ultimately feminine? But actually, horoscopes are statistics, so it’s a “masculine” world. Also, right now, I’m a fan of yoga and veganism.” It’s something that’s in the “women’s market”.
I can relate better to women, so I think that’s a big part of my femininity. I don’t have a lot of empathy for men.

7. What is your definition of success in your work or life?

Well….. I often think about “being in a good mood” now. Food, yoga, relationships and career are the elements that keep me in a good mood. I want to integrate them well and create a “good mood system”.

8. Do you have a very important mentors or role models?

Yes, I have in the moment. When I was in college, I loved the painter Yoko Yamamoto. I invited her to give a lecture at the university. She asked, “How do you see women of my generation in your view?” I was impressed and I was shaken. And even after I joined the company, I had a director who was in graduate school, and I consciously aware of what she said and did.
Until before 40, I was looking for a person like, “This is what I want to be in the future,” but now I have a mentor who I can relate to.

9. Do you consider yourself a feminist?

–How do you define a feminist?

People who are aware of the structural weakness of women’s social position and the idea that it should be changed, that’s my interpretation of feminists. If people think this is crazy about the pay gap, the gender ratio in politics, I think they are a feminist and I use it in a positive way.

10. What are your plans for the future?
a. Your plan

I’d like to work with women to help them achieve and support the freedom to “work while building their own portfolio.” As with the “good mood system” mentioned above, I would like to be able to consciously assemble my work and surroundings in a way that makes my life easier.

a. Hope for society

Society. I feel so powerless.
I want to see a world in which more feminists are included in the political leadership. That’s exactly what this NPO is doing, and I want to get involved in it.