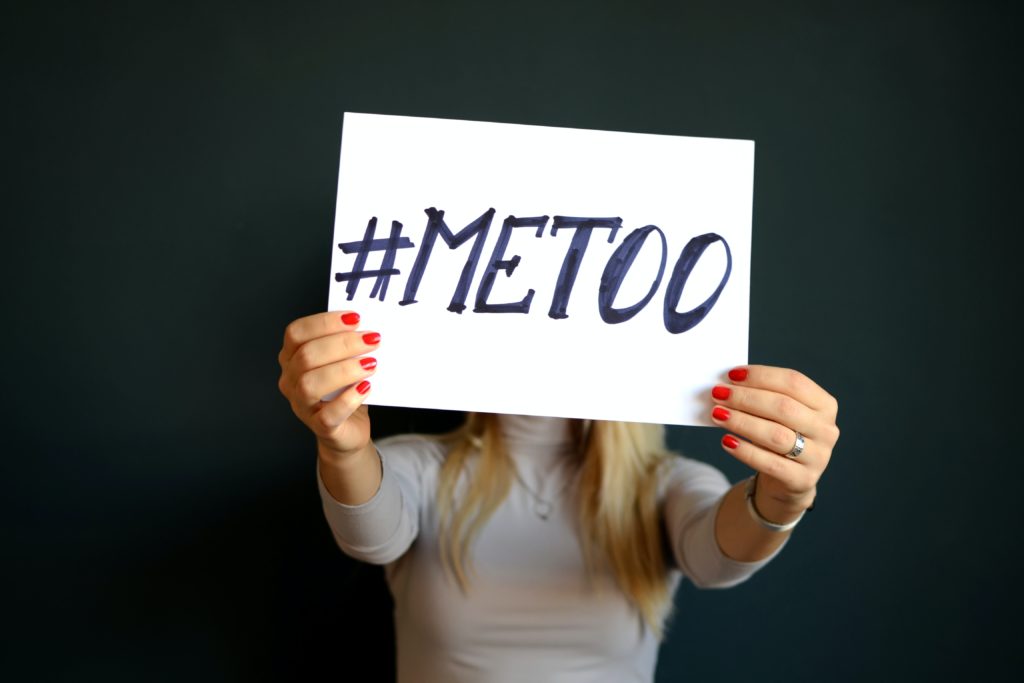 Have you ever heard of the term ”second rape”? Second rape refers to the secondary victimization of a victim who has been sexually assaulted by blaming the victim for her behavior or clothing.

Even when Shiori Itoh claimed that she had been sexually assaulted, there were many second rape reports circulating online and in the media, such as “How could a victim accuse a sexual victim of rape so openly?”
Why does second rape happen? I’d like to think why that’s not an acceptable thing to do.

[Couldn’t you have defended yourself better?]
Very unfortunately, one of the most common second rapes we hear about is the discourse that blames the victim’s dress and attitude, such as “she was dressed in revealing clothes”, “she was walking alone at a late hour”, “she is a sex worker”, etc.
Even if a woman who is dressed in revealing clothing and working as a sex worker follows a man to his room in private, it does not a consensus of sex. If she says “no” it is an absolute “no”. The idea that she might be pretending that she doesn’t like it, or that if she doesn’t like it, she shouldn’t follow him around dressed like that, or that it’s okay since she’s doing that kind of work, are all convenient excuses.
No matter what job you do or how you dress, it absolutely does not equal “it’s okay to have non-consensual sex”.
For some reason, even among women, we sometimes see women who are involved in the sex industry and sexually uninhibited as a separate category of “those people” who are different from us.
And “those people” are especially subject to criticism, saying that they could have done more to protect themselves.
If you’re walking down the street at night, looking at your phone, and you get mugged, it’s the mugger who is at fault, and it’s wrong to blame the victim’s fault.
Second rape by asking for “self-defense” puts the victim into a self-blame argument that “it’s shameful to be treated badly” or “I’m doing this because I’m not paying attention.

[Victim’s Attitude]
“Victims who have been sexually assaulted should feel “ashamed” and cry in silence.” It is also an unforgivable discourse that says that there is no way they would appear on TV and smile, which is second rape against the victim, and if anything it is an unforgivable discourse that makes the victim shut up.
A video of Shiori Ito appearing in an interview with the BBC in the UK when she claimed sexual assault was the subject of a second rape on many social networking sites. While she speaks clearly in English, sometimes with a smile on her face, she was subjected to the words such as, “Rape victims don’t smile when they speak.”
Are they suggesting that sexual victims should stay in a dark room and cry the whole time? Is it necessary to “act like a victim” in one’s private life as well, despite the pain of having to talk in detail about things they don’t want to remember during interrogations and trials?
When to be sad, when to be depressed, when to laugh, and when to have fun is up to the individual, and people around them should not impose on them what they should be like.
Of course, Shiori Ito’s accusation of sexual assault and the fact that she is also accusing those who slandered her of sexual assault is of course for her own protection, but I think she is sending a strong message to other sexual assailants that they don’t have to be silent.

[Fear of false accusations]
It’s a slightly different story than second rape, but the most common story that comes up in victims of sexual violence (which includes not only rape, but also molestation and other forms of sexual violence) would be “the possibility of false accusations”. Everyone is afraid of being punished for something they didn’t do. Fear of false accusations is natural, and I can understand why men are afraid to get on a crowded train.
But should victims of sexual assault be worried about false accusations and keep quiet, of course not.
It is the judiciary, not the public or the perpetrator, that decides whether a person is guilty or innocent. Whether or not the judiciary is functioning is a different debate, but I think we should at least have a strong awareness that sexual assault is a crime, just as victims of robbery don’t keep their mouths shut because they might be falsely accused.

Through the #Me too movement, I realized that some things that I hadn’t recognized as sexual assaults are actually sexual assaults. I was surprised at how narrow the framework of “sexual assault” was in my mind. Furthermore, I realized that no matter how much we think “it’s not my fault that I was a victim,” we sometimes end up thinking “maybe if I had done this then.” While it’s so easy to blame yourself or keep quiet about things related to sexual assault, second rape should not accelerate the victim’s silence.